Bollywood actress Bhumi Pednekar is known for her acting skills and goofy Instagram posts. She never fails to entertain her fans with her posts.

Bollywood actress Bhumi Pednekar is known for her acting skills and goofy Instagram posts. The Durgamati actress has marked a niche for herself in the industry and holds a massive fan following on social media. Bhumi never fails to entertain her fans with her posts. Recently, she has treated her fans with a new post.

In the post, Bhumi can be seen posing on the stairs. She can be seen in a black top and black bell-bottom pants. She kept her hair loose with minimal makeup and opted for transparent block heels. She captioned her post saying that one shouldn’t kill her vibes and she was welcoming only good vibes in 2021. Fans are going gaga over her post and added numerous likes and comments to the post. 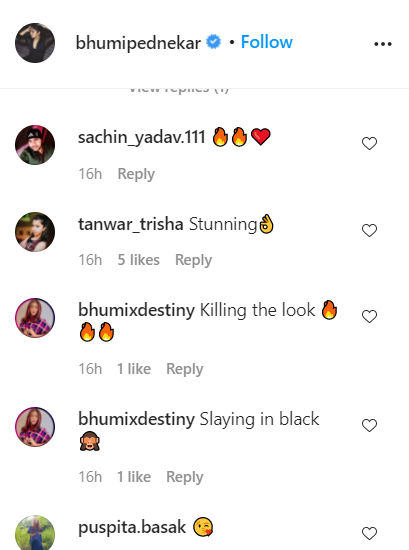 Earlier to this, Bhumi shared her ‘Sunday Mood’ picture. She was seen in a sporty look with a white t-shirt and denim shorts. She added a pair of sports shoes to her look. The sun-kissed picture was loved by fans and received many likes and comments.

Also read: Bhumi Pednekar Cooks Food On Sets Of 'Badhaai Do', Jokes 'no Facilities For Us' 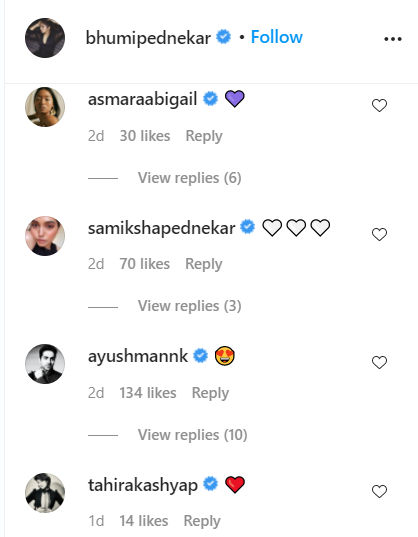 Bhumi gained recognition by playing headstrong small-town women in the comedy-dramas like Toilet: Ek Prem Katha, Shubh Mangal Saavdhan, Bala, and Pati Patni Aur Woh which was one of her latest movies. She was last seen in Durgamati.

Durgamati is a horror-thriller film that was directed by G. Ashok. The movie is a remake of the Telugu–Tamil bilingual film Bhaagamathie. The film starred Bhumi Pednekar as an IAS officer. The film released on December 11, 2020, on Amazon Prime Video.

Bhumi is currently shooting for her upcoming film, Badhai Do in Dehradun. A few days ago, she shared a picture from the sets where she can be seen holding the film's clapboard along with Rajkummar Rao. In her caption, she also mentioned that her character's name will be Sumi while Rajkummar's character's name will be Shardul. The film casts Rajkummar who will be playing the role of a cop and Bhumi who will be playing a PT teacher. The film is directed by Harshvardhan Kulkarni and will be on the floors soon.