Chiranjeevi Konidela posted a video revealing the secret behind his Urban Monk look. He thanked the technicians for making any look believable. Take a look

After sharing a bald picture of himself on Instagram, Telugu actor Chiranjeevi took everyone by surprise. He recently posted a video on Instagram that revealed the making of his 'Urban Monk' look. The post clarified everyone’s doubts family and friends alike regarding Chiranjeevi’s new bald look. Take a look at the post below.

The actor posted a one-minute clip on Instagram that showed various make-up artists prepping Chiranjeevi for his urban look. In the video, they put on a bald cap on Chiranjeevi. This video cleared fans' doubt who thought that the actor might have gone bald for the role.

The entire team was seen working towards achieving this new look for him. However, the team had taken necessary precautions due to the ongoing pandemic. In the end, Chiranjeevi revealed the final look that seemed surprisingly so real.

Chiranjeevi salutes the magic of cinema

Chiranjeevi thanked all of the technicians that helped in achieving the Urban Monk look. His caption read, “Thanks to all the technicians of the industry, who can make any look believable. Salute the magic of cinema!”. Take a look at the Instagram clip below.

A post shared by Chiranjeevi Konidela (@chiranjeevikonidela) on Sep 14, 2020 at 9:31pm PDT

Chiranjeevi’s fan’s reactions to the clip

After he posted his new bald look, Chiranjeevi’s fans were shocked. This one-minute clip cleared their doubts as most of them were relieved to see that he did not actually go bald. However, many others loved the look.

Some of the comments were, “Dedication level”, “At last, I saw your real hairstyle sir”, “Amazing… looks so real”, “oh my god, we believed it's true”. Take a look at the fan’s reactions to the Urban Monk look. 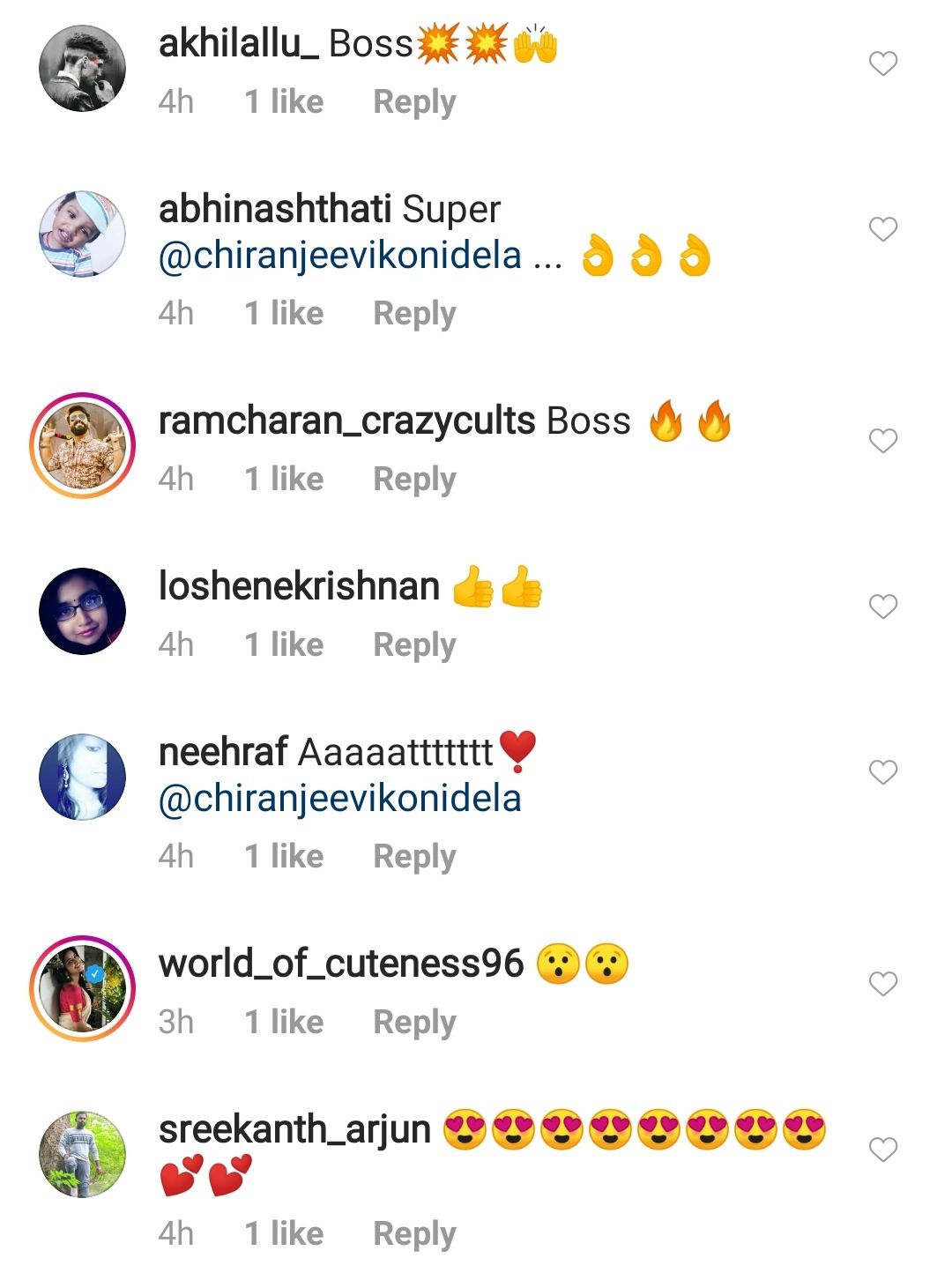 Also Read: Chiranjeevi Dancing To 80s Hits With His Heroines Will Ward Off Your Monday Blues; Watch

Apart from his fans, Chiranjeevi’s son Ram Charan was more surprised with his father’s new avatar. He commented on Chiranjeevi’s bald picture by saying, “Appaaaaaaaaa!!! What did I just see”.  Varun Konidela too was surprised at the look.

Naga Babu who is the brother of Chiranjeevi also commented, “No one does it better than you Firing up the trends with your style and killer looks. Adapting is what people do… Influencing is what Megastar does….! #Urban Monk is here”. Take a look at the post below.

A post shared by Chiranjeevi Konidela (@chiranjeevikonidela) on Sep 10, 2020 at 7:25am PDT