While interacting with her fans on Instagram, Kajal Agarwal has shared a a number of unseen pictures with Gautam while answering their questions; Watch 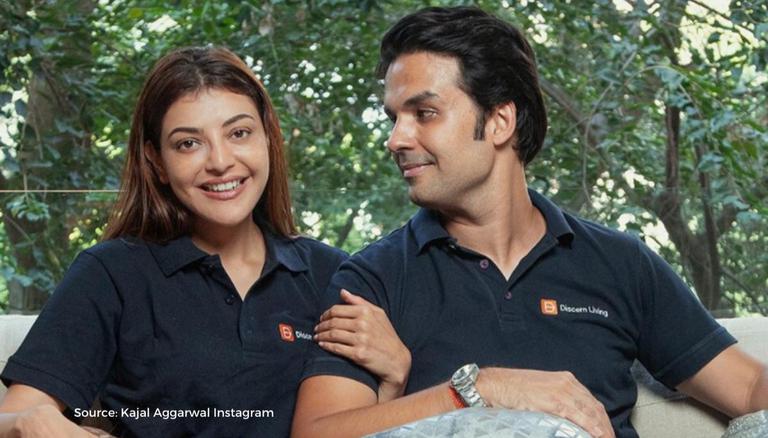 The marriage ceremony of Kajal Agarwal and her husband Gautam Kitchlu was the talk of the town both before and after it took place. While Kajal Agarwal’s Instagram frequently sees the actor’s picture with her husband, she is seen interacting with her fans on social media every now and then. She has recently done the ‘Ask Me Anything’ trend that celebrities often do on their social media. While doing so, she has shared a number of her pictures along with her husband while answering her fans’ questions. Have a look at some of them.

The actor has ensured that she has enough snaps with her husband, Gautam Kitchlu. The same is evident in the Instagram stories that she has uploaded, in which she has answered all kinds of questions that her fans have asked her on social media. The first picture shows the couple in a snow-clad place, where the fan had asked about her married life with husband, to which she replied by saying that Gautam is both her husband and best friend. She revealed in the story of another picture that she met her husband through mutual friends. 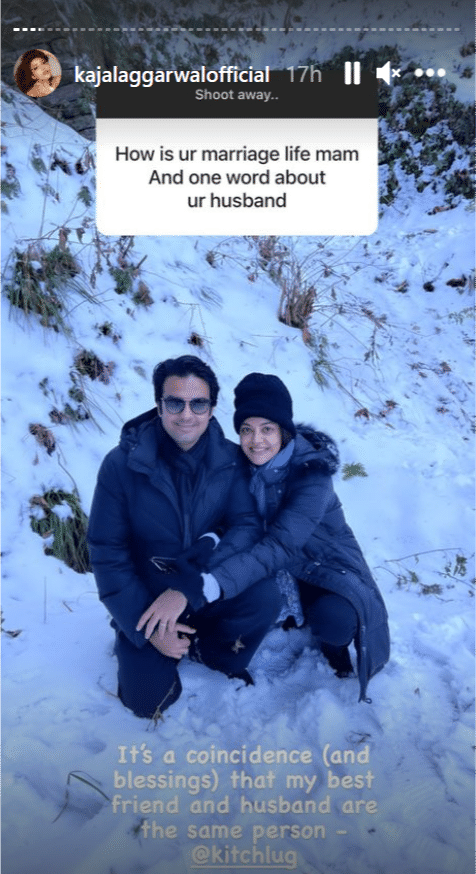 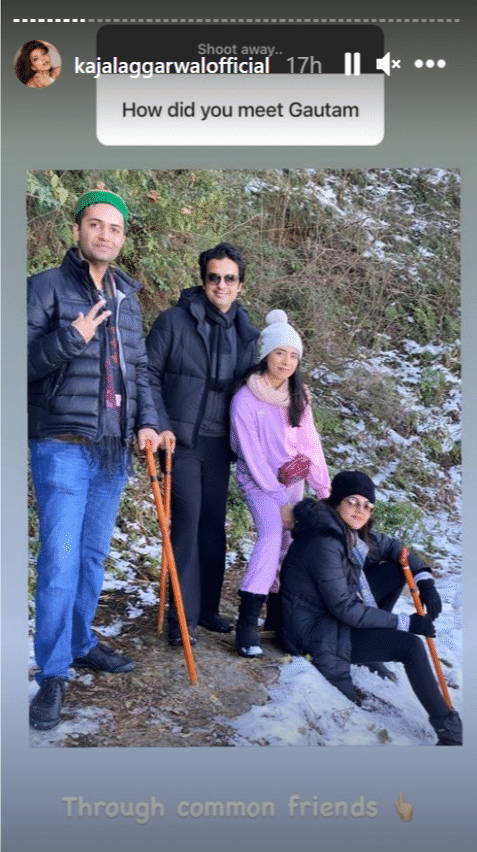 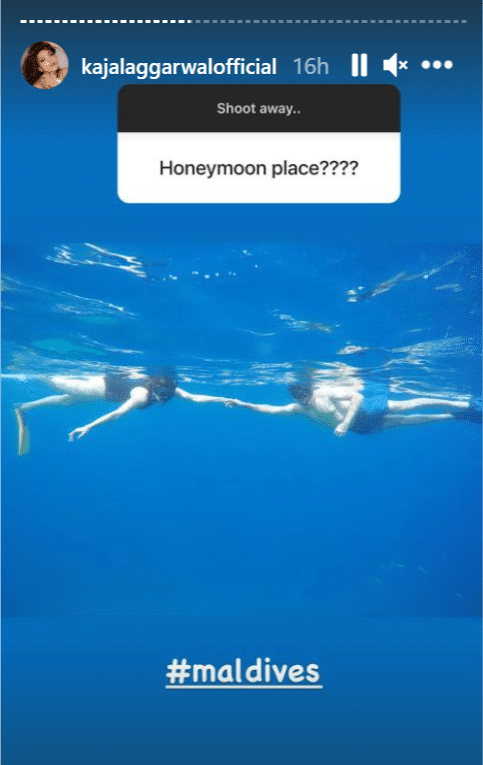 Another picture shows the couple touching each other’s hands underwater, with the fans asking her what their honeymoon place was. The actor shared this picture and revealed that it was Maldives. Another fan asked her to show an unseen picture from the wedding and the actor shared a rather sweet and candid picture of the couple smiling at each other during the wedding; with Kajal giving him a thumbs up. She also shared a picture from their engagement ceremony, which showed Gautam putting the ring on Kajal’s finger. The final picture shows the couple kissing each other, with their friends posing beside them. 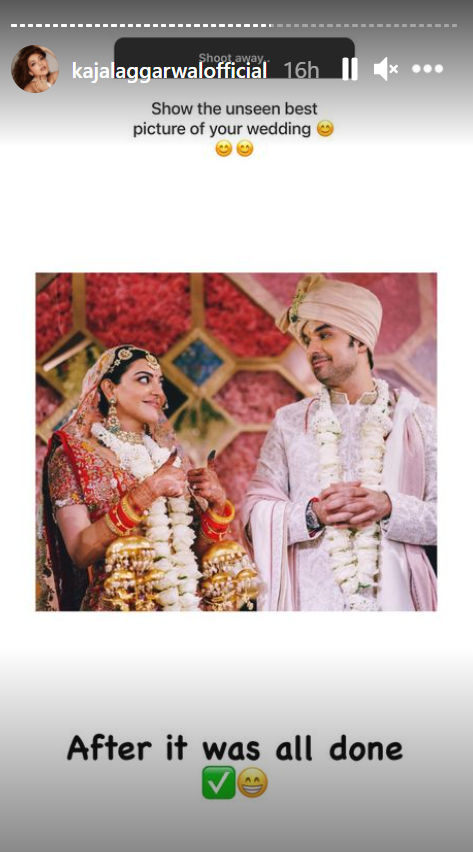 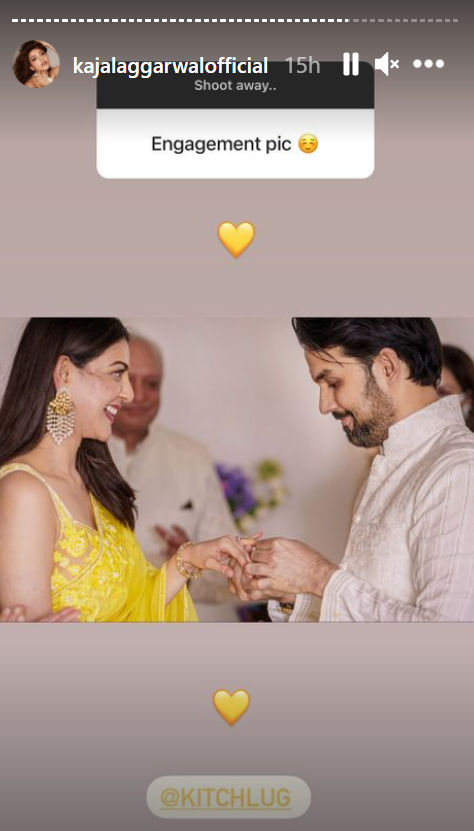 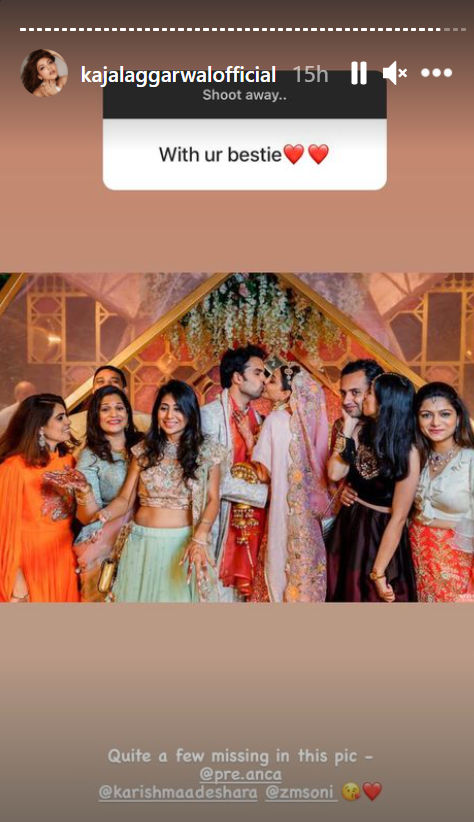 Kajal Agarwal has had a long career in films across different Indian languages. She has predominantly worked in Telugu and Hindi films, with quite a few Tamil films as well. She has most famously worked in the hit films Special 26 and Singham. Kajal got married to Gautam Kitchlu on October 30, 2020 in a private ceremony with family and friends.