Recently, actor Namrata Shirodkar took to her social media handle to share an unmissable throwback picture from her Monaco trip, which features her children.

While officials are leaving no stone unturned to keep citizens engaged by airing shows like Ramayan, South Indian film celebrities, too, have been entertaining their fans with pictures of them 'quarantining' and have also indulged in some fun-filled interactive online sessions. Recently, actor Namrata Shirodkar took to her social media handle to share an unmissable throwback picture from her Monaco trip. Read details.

Namrata Shirodkar, who enjoys a massive fan following on social media handles, took to her Instagram handle to share a priceless picture from her trip to Monaco. As seen in the picture shared, Namrata Shirodkar can be seen walking on the streets with her daughter, Sitara and her son, Gautam Ghattamaneni. While Namrata can be seen all dolled-up in an all-black outfit, Sitara and Gautam can be seen beating the cold with bomber jackets on. 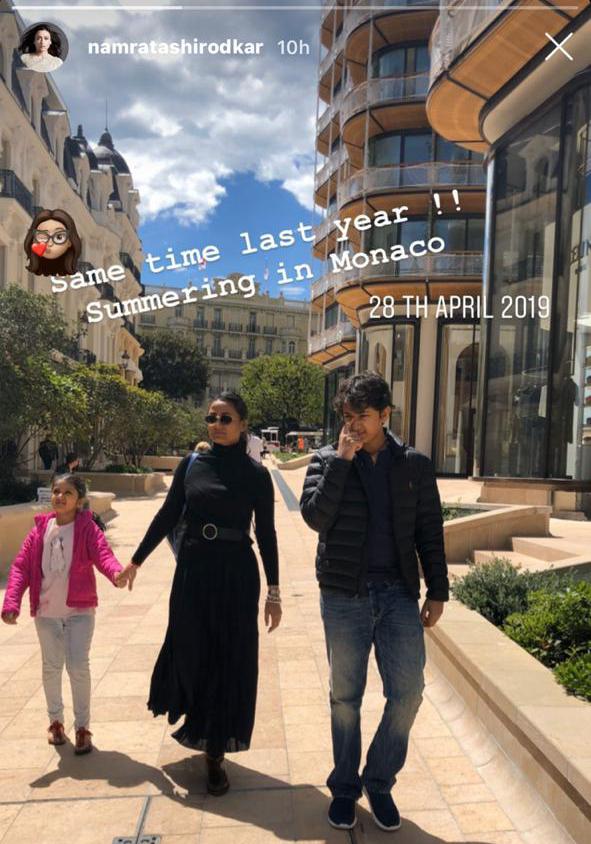 Helmed by Anil Ravipudi, Sarileru Neekevvaru chronicles the story of a tough Army major, who is deployed to Kurnool on a mission to keep the country safe from external threats. Starring Mahesh Babu, Vijayshanti and Rashmika Mandana in the leading roles, the much-acclaimed movie has been bankrolled by Dil Raju and Anil Sunkara.

While Sarileru Neekevvaru has managed to garner appreciation from fans and critics for its unique story plot and gripping trailer, the film has also worked wonders at the box office. The actor recently made it to the news, when he confirmed that he will not be a part of Sivakumar's next untitled film. Mahesh Babu revealed that he opted out of the film because of creative differences.

PEOPLE HAVE PLEDGED SO FAR
LATEST NEWS
View all
22 hours ago
Prithviraj Sukumaran heads back home after 7 days of institutional quarantine
10 hours ago
Vijay Sethupathi's transformation: From humble start to Kollywood superstar
3 hours ago
Director AL Vijay and R Aishwarya blessed with a baby boy on Saturday
1 day ago
Jyotika and Suriya attend a virtual 'Ponmagal Vandhal' pre-release live event
10 hours ago
'The Lion King' song Can You Feel the Love Tonight gets new version: Read details