Manju Warrier Has Taken The Time To Learn THIS New Thing Amid Lockdown; Watch

Manju Warrier has taken the free time in lockdown to dedicate herself to learn something new by thus spending her time productively. Read to know more.

Manju Warrier has taken up learning sitar during this period in lockdown. Several celebrities have resorted to doing various activities in order to spend their time amid this lockdown. Similarly, Manju Warrier too has begun learning the sitar.

Manju Warrier has taken the time to learn a new thing

The south actor often posts videos and photos of herself dancing as she is a trained dancer. However, she has now taken up to learning the sitar and work further in this artistic craft. According to a news portal, Manju Warrier always had passion for music and was eager to explore various aspects of it. Being a dancer, Manju always stayed connected to music; however, now she has taken a step further and decided to further polish her craft by learning to play an instrument herself. According to a news portal, despite having a busy schedule, Manju would still manage to find the time to practice dance. 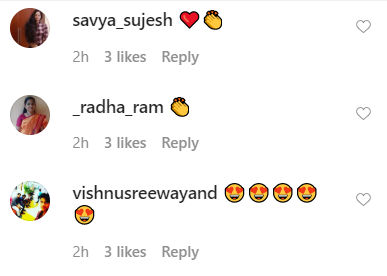 In the past, Manju Warrier has performed at various events and has left audiences speechless with her talent. Now that she has taken up learning a musical instrument, fans are even more delighted to see what’s next for her. On the work front, Manju Warrier was last seen preparing for her film Lalitam Sundaram opposite Biju Menon. The actor's brother Madhu Warrier is making his directorial debut with this film. The film is also the first commercial film which will be produced by Manju Warrier in collaboration with Century, according to a news portal. The production of the film has currently been halted due to the lockdown scenario. The actors are eager to get back on set and work on the film. Fans are especially excited for the film as they will get to watch Biju Menon opposite Manju Warrier after 20 years.