South Indian actor and producer Naga Babu Konidela is quite active on social media in recent days. He has been uploading several old throwback pictures from his official Instagram account. He recently took to his Instagram handle and shared one such old picture of Pawan Kalyan and Nandamuri Balakrishna. The picture is doing the rounds on the internet. Here is a look at the viral picture of Pawan Kalyan and Nandamuri Balakrishna shared by Naga Babu Konidela.

Pawan Kalyan is wearing a blue blazer while Nandamuri Balakrishna is wearing what looks like a printed shirt. However, the caption of the post took everyone by surprise as it refers to both of them as Naga Babu Konidela’s brothers. Here is a look at the picture shared by Naga Babu Konidela.

In the caption of the post, Naga Babu Konidela referred to both Pawan Kalyan and Nandamuri Balakrishna as his brothers. He captioned the picture as, “2 Brothers Come2gether.... 1 is My Brother & the other1 is a Brother from Another Mother.... The Day the Powerstar met the NandamuriLion #whenpowerstarmetlion #powerstar #nandamuribalakrishna garu #balayya”

Fans react to this brotherhood 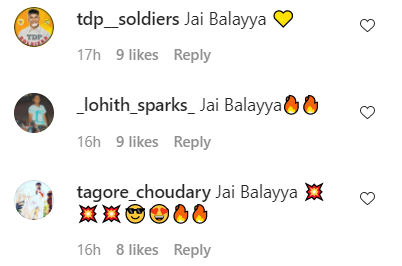