Telugu actor Naga Chaitanya Akkineni took to his Instagram stories to reveal the poster of the song Nee Chitram Choosi from the soundtrack of his upcoming Telugu romantic drama Love Story. On Thursday, February 11 he revealed the poster along with the release date and time of Nee Chitram Choosi song that is on Valentine's Day, February 14, at 10:08 am. Take a look at this story update here: 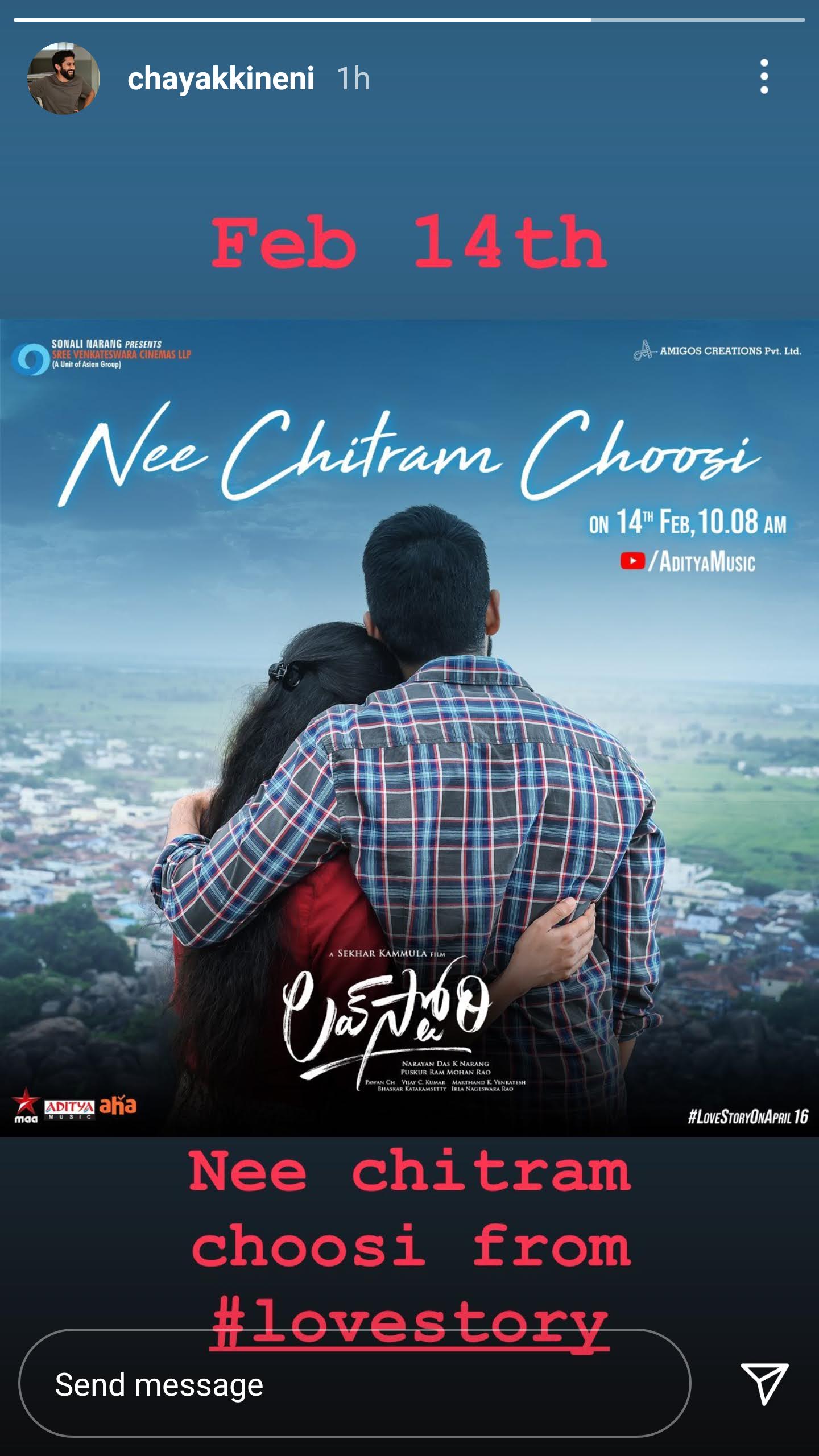 Read more| Chaitanya Akkineni Gets Back To The Racing Track, Says 'it Is Good To Be Back'

The new song from Love Story will feature Naga Chaitanya Akkineni and Sai Pallavi as the leads and will premiere on YouTube on February 14. Love Story is written and directed by Sekhar Kammula and is scheduled to release on April 16 this year. In the film, Sai Pallavi will be seen playing the lead role of Mounica opposite Naga Chaitanya who will be seen as Revanth. The film is produced by Narayan Das K Narang and Puskar Ram Mohan Rao. The Love Story teaser trailer was released last month on January 10. Take a look at the teaser here!

Love Story was announced in September 2019, followed by its principal schedule kicking off in Hyderabad and areas nearby. The crew was shooting in Dubai in February 2020, when the production was stalled due to the COVID-19 pandemic. Later, the filming resumed in September 2020 and was finally wrapped up in November 2020.

Naga Chaitanya made his acting debut in the film Josh (2009), for which he won the Filmfare Award for Best Male Debut (South) and rose to fame after he played a romantic role in the movie Oka Laila Kosam. He has starred in several Telugu films like Ye Maaya Chesave (2010), 100% Love (2011), Manam (2014), Premam (2016), Sahasam Swasaga Sagipo (2016), Rarandoi Veduka Chudham (2017), Majili (2019) and Venky Mama (2019). In Majili, he collaborated with his wife Samantha Akkineni for the fourth time after Ye Maaya Chesave, Manam and Autonagar Surya (2014). The actor will also be playing a lead role in the Vikram K Kumar film Thank You.