Actor Pooja Hegde recently took to her Instagram handle and posted a candid behind-the-scenes picture of herself. All fans showered love onto her post. See.

Pooja Hegde recently took to her Instagram handle and shared this beautiful photo of her in which she can be seen stunning in red shimmering attire and flaunting her beauty while wearing a serene make-up look. She can also be seen making a bear claw with her hands while posing for the camera.

In the caption, she stated how it was a candid behind-the-scenes look and a bear claw and then mentioned as to how she was shooting for one of her songs at that time. She further asked all her fans to guess the song she was shooting for. The moment she posted this photo on her Instagram handle, all her fans couldn’t wait but drop lovely compliments for her in the comment section. Many of them added numerous heart-eyed emojis and heart symbols in the comments to show how lovely she looked while some of the others dropped in fire emojis to depict how beautiful they found her in her photo. Some of them even stated how much they loved her and wrote ‘I love you’ under Pooja Hegde’s Instagram post. Let’s have a look at Pooja Hegde’s Instagram post and see some of the fans’ reactions to her mesmerizing beauty. 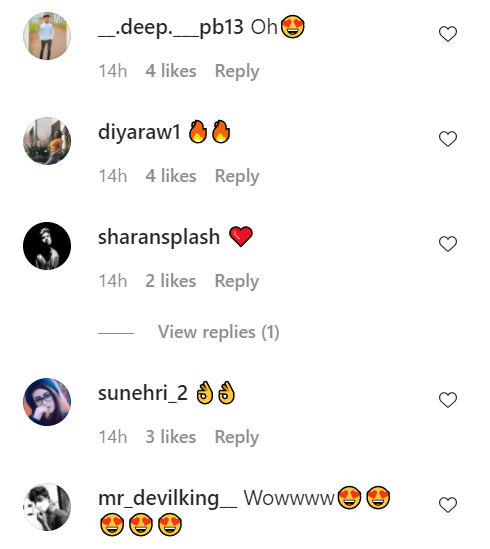 Pooja Hegde has won several accolades for her amazing performances, post her debut in 2012 with a Tamil film. She has appeared in both Telugu and Hindi movies in her career and her acting skills have always been praised by her fans and critics. Some of Pooja Hegde’s movies include Aravinda Sametha Veera Raghava, Duvvada Jagannadham, Mohenjo Daro, Gaddalakonda Ganesh, Housefull 4, Oka Laila Kosam, Saakshyam, Maharshi, Ala Vaikunthapurramuloo and many more.