Pooja Hegde has finally hopped on the ‘Post a picture of’ trend on Instagram. However, a fan asked the actor to share a naked pic and here's her reply 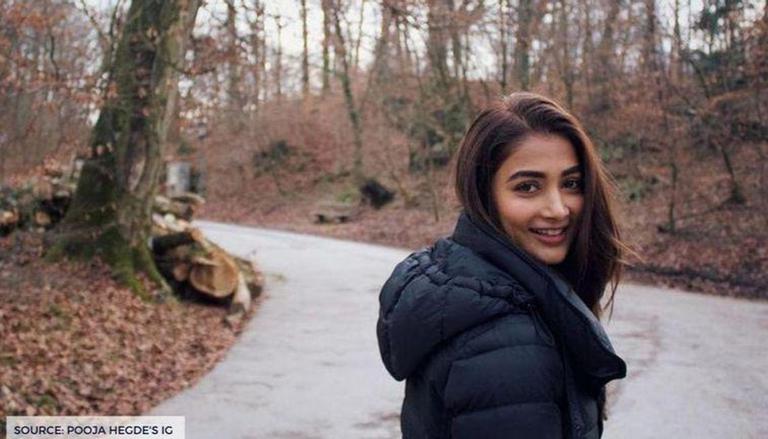 Mohenjo Daro actor Pooja Hegde has finally hopped on the ‘Post a picture of’ trend today on February 03, 2021. The actor was asked to share several of her favourite things by fans and followers and has uploaded pictures of quite a lot of them. Among the many requests, one of her followers went on to ask the actor to post a naked picture. Pooja Hegde, however, leaves a cheeky comment to  the followers’ request.

Taking to her Instagram stories, Pooja Hegde leaves a cheeky response when a fan asks her to post a 'naked' photo. In the post, the actor shares a picture of her bare feet. Along with the post, Pooja Hegde also wrote, “nange pao along with a blushing emoji”. If translated it means, “naked feet”. Take a look at the post below. 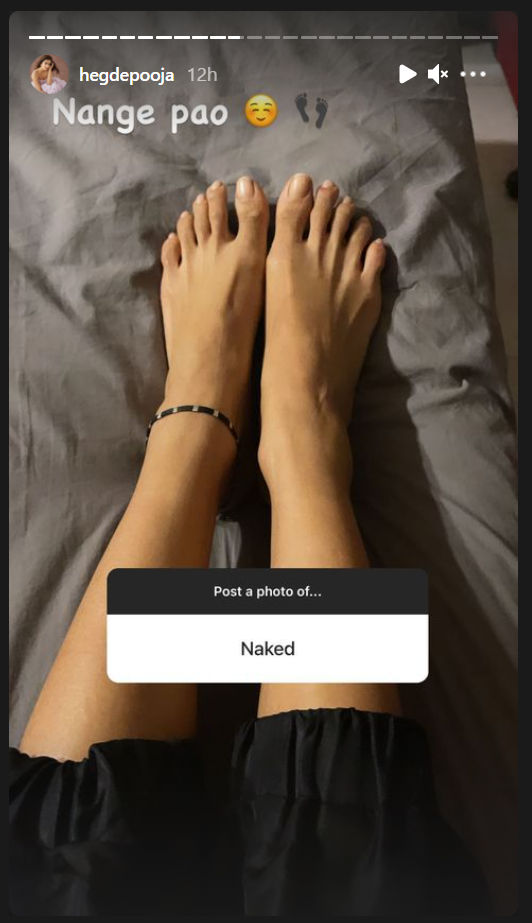 Apart from this post, several other fans went on to ask the actor to share pictures of several things that are truly unmissable. Fans went on to ask her to post pictures of her eating pancakes, with her best friend, with her being all weird, and more. The actor, on the other hand, seems to have a lot of fun and interacting with her fans while playing this game. Check out Pooja Hegde's photos below. 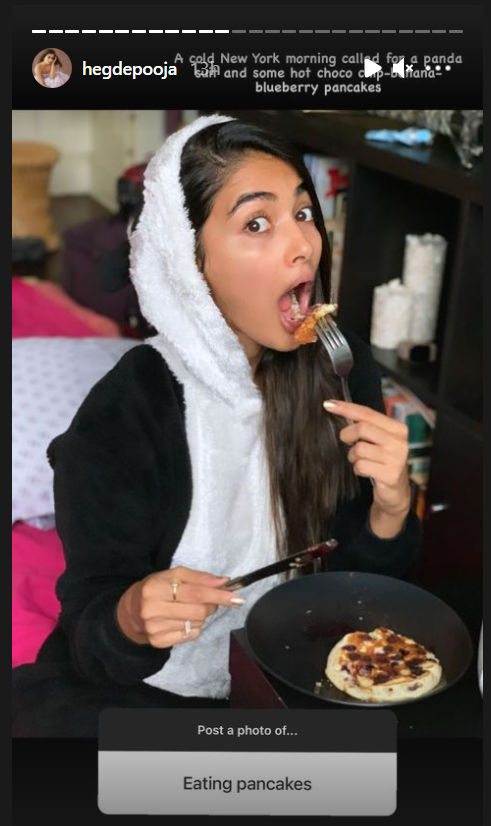 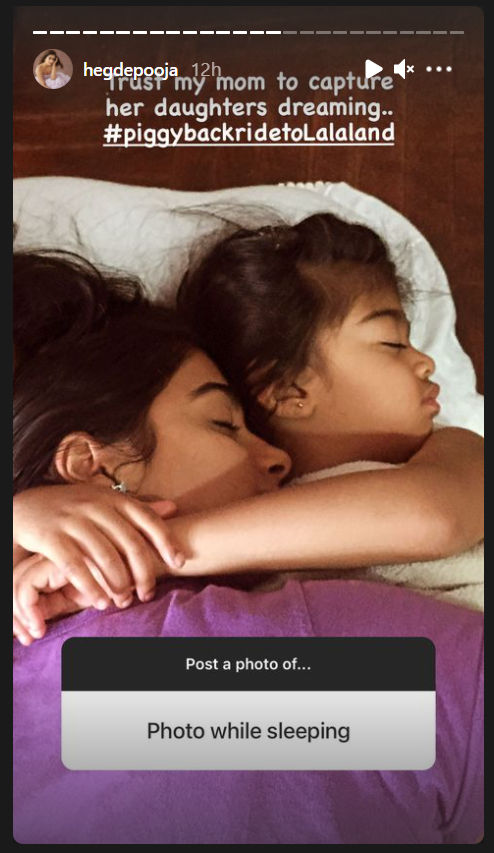 Earlier to this, Pooja Hegde posted a stunning photo of herself on social media and dropped a hint for all her fans about the project she was shooting for. In the picture, she can be seen donning a red shimmering attire and flaunting her beauty while wearing dewy make-up. She can also be seen making a bear claw with her hands while posing for the camera. She wrote, “A candid BTS and a bear claw 😌 #songshoot #guessthesong”. Take a look at the post below.

Actor Pooja Hegde has won several accolades for her performances, post her debut in 2012 with a Tamil film. She has appeared in both Telugu and Hindi movies in her career and her acting skills have always been lauded by fans and critics. Some of Pooja Hegde’s movies include Aravinda Sametha Veera Raghava, Mohenjo Daro, Duvvada Jagannadham, Gaddalakonda Ganesh, Housefull 4, Oka Laila Kosam, Maharshi, Ala Vaikunthapurramuloo, Saakshyam and many more.

Also read | Pooja Hegde Is All Geared Up For 'New Beginnings In 2021'; Shares Glimpse