Prithviraj Productions To Present The Malayalam Version Of 'KGF 2'

Prithviraj Productions to present the Malayalam version of 'KGF 2' according to the latest announcement made by the makers. Have a look at all details here

Actor Prithviraj Sukumaran recently took to social media to announce a collaboration with Hombale Films, which had previously initiated a collaboration to release the Kannada version of his film Lucifer. Through the post, he announced that the Malayalam version of KGF Chapter 2 will be produced by Prithviraj Productions and they are extremely delighted to be associated with such a mass film. The fresh announcement was made with an intriguing poster, which was also shared by producer Vijay Kiragandur on his official social media pages. The comments section of the post has been flooded with enthusiastic messages as fans have been eagerly waiting for the film to release.

KGF Chapter 2 is one of the most-anticipated films of 2021, which is currently in the production stage. Actor Prithviraj Sukumaran recently took to social media to announce that his production house, Prithviraj Productions, will be presenting the film for the Malayalam audience. He put up a poster of KGF Chapter 2 which had the picture of superstar Yash on a throne, while he wore an intense look across his face. The poster has the logo of Hombale Films and Prithviraj Productions since they have been planning to collaborate for this multilingual entertainer.

In the caption for the post, Prithviraj Sukumaran has shed some light on how the collaboration project was approached and initiated in the first place. He has written that he is a huge fan of the franchise and is also in awe of everything that is associated with it. He has mentioned that Hombale Films was one of the first few production houses which had approached Prithviraj for collaboration as they were quite impressed with his political-thriller Lucifer. He is delighted to kick start the journey and the relationship, by presenting the Malayalam version of KGF Chapter 2. The actor also believes that it is a privilege for him to be able to associate with such a mass-appeal movie. Have a look at the post from Prithviraj Sukumar’s Instagram here.

In the comments section of the post, a bunch of people have expressed how excited they are for the release of KGF Chapter 2. Some people have added uplifting messages while others have put up a bunch of emoticons to mark the occasion. Have a look. 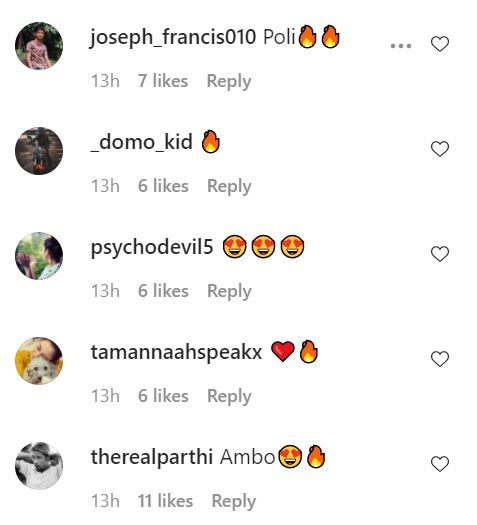