Prithviraj recently shared a dashing pic with superstar Mohanlal while quoting a famous 'Lucifer' dialogue in the caption. Have a look at the post with details

Actor Prithviraj Sukumaran recently took to Instagram to share a sweet picture with co-star and sweet friend, Mohanlal. In the picture posted, the two artists were seen clicking a selfie together while a candid shot was taken from a safe distance. In the caption for the post, Prithviraj has also mentioned a famous dialogue from his directorial film, Lucifer, which starred Mohanlal as the main lead. Fans have flooded the comments section with compliments as they love to see the sweet bond between the two leading actors of Mollywood.

Malayalam actor Prithviraj Sukumaran recently took the internet by storm with an unexpected picture of himself with superstar Mohanlal. In the picture shared, both the actors are busy clicking selfies at a posh hotel while wearing bright smiles across their faces. Actor Mohanlal is also seen indulging in a conversation while Prithviraj listens intently and clicks a picture simultaneously.

In this candid picture shared, Prithviraj has kept it casual and simple with a pair of dark blue denim and an olive green T-shirt. He has also added a black wristwatch to the look while his hair and beard have been well-set. Superstar Mohanlal, on the other hand, is seen dressed in a pair of black comfortable pants and a simple grey shirt. He has also added a pair of frames and a simple contrasting cap to complete the look.

In the caption for the post, Prithviraj has referred Mohanlal as ‘Bhaijaan’ while remembering his blockbuster Malayalam film, Lucifer. Through this caption, he has mentioned that he would be willing to do anything for Mohanlal and is glad to obey the smallest requests and orders from him. He has given the picture credits to Sameer Hamsa while expressing himself thoroughly through a bunch of emoticons.

Read Prithviraj Productions To Present The Malayalam Version Of 'KGF 2'

In the comments section of the post, fans have mentioned how excited they are to see the two leading actors together in one frame. Some of the people have also used a bunch of emoticons to express their thoughts. 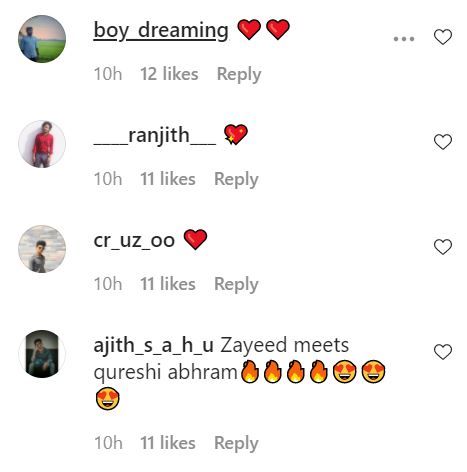