Prithviraj Sukumaran took to his Instagram to share the poster of his upcoming film, 'Vilayath Budha'. He shared the poster in memory of late director Sachy.

South Indian actor Prithviraj Sukumaran took to his Instagram to reveal the poster of his new film on the one year anniversary of late director and screenwriter Sachy's movie Ayyapanum Koshiyam. The director who passed away in June 2020, was a close friend of the actor. Now, the actor announced a new project with Sachy's associate Jayan Nambiar. The movie is titled as Vilayath Budha and will be written by Indugopan and Rajesh. The actor captioned the picture as, "One year of #AyyappanumKoshiyum! This was Sachy’s dream. This is for you brother. In memory of #Sachy...JayanNambiar’s #VilayathBudha". The comment section is filled with best of luck wishes and fire emoticons. Check it out.

Also Read: Prithviraj Sukumaran's films where he aced the role of a no good criminal 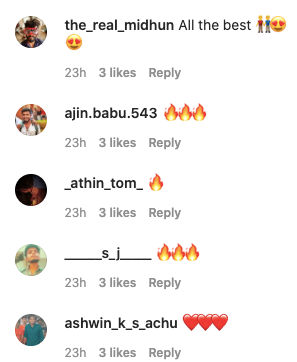 The new movie Vilayath Budha is based on GR Indugopan’s novel with the same name. The novel revolves around two main characters - Bhaskaran and Double Mohanan. Prithviraj will play the role of Bhaskaran, who according to the novel, is a master that grows sandalwood in his backyard. Double Mohanan, on the other hand, is a smuggler who is also a master's student. His motive is to cut down the tree. The actor for this role is yet to be revealed.

The movie was released on 7 February 2020 and featured Prithviraj Sukumaran and Biju Menon in the title roles. The story revolves around the conflict between a wealthy havildar and a subinspector of Attappadi. The movie was directed by Sachy and produced by Ranjith and P. M. Sasidharan. The Telugu version of the movie is under production.

The actor works mainly in the Malayalam film industry. He has also worked in Tamil and Telugu movies. He has won several awards including a National Film Award, three Kerala State Film Awards, a Tamil Nadu State Film Award and a Filmfare Awards South. He made his debut in 2002 with the movie Nandanam directed by Ranjith. Prithviraj Sukumaran's movies that are widely popular include Classmates, Vaasthavam, Celluloid, Indian Rupee, Erza, 9, Lucifer and many more. The actor has also worked with the late director/screenwriter in the movie Robinhood that was released in 2009. The film featured Narain, Bhavana, Jayasurya, Biju Menon, and Samvrutha Sunil.