Prithviraj Sukumaran takes a 'well-deserved' break from working and decides to share a picture with his fans. Have a look at the pic with details.

Actor Prithviraj Sukumaran recently took to social media to share a casual picture of an aesthetic cup of black beverage he has been consuming. Through the picture and its caption, the actor has been indicating that he is on a short break as he needed it badly. His fans have also flooded the comments section in agreement as they believe that the artist is very hardworking and dedicated. Some of the fans have also been speculating a collaboration between Prithviraj and Mohanlal as the two actors have been posting pictures together lately.

Actor Prithviraj Sukumaran recently took to social media to update his fans on what he has been up to lately. In the picture posted, Prithviraj Sukumaran is seen flaunting a coffee set which has been freshly served for him. In the picture posted, a metallic teapot can be spotted in the background while a few cups and saucers have been spread out on the table. The cups have been filled with strong black coffee which has been freshly brewed and served. The picture indicated that the actor has been spending some quality time at a posh space as he wishes to take a break from work.

In the caption for the post, Prithviraj Sukumaran has mentioned that he has taken a break which had been pending since quite some time. He has also called this move important and well-deserved since he has been working for quite some time. He has also added a sweet emoticon at the end, expressing his thoughts better. Have a look at the post on Prithviraj Sukumaran’s Instagram here.

In the comments section of the post, a bunch of people have wished him good morning with sweet messages and emoticons. Some of the people have also agreed that he deserves a break from work now. Have a look at few of the comments here. 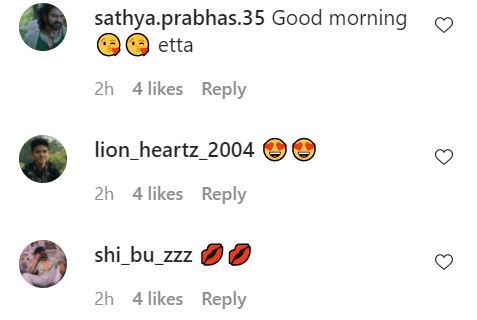 Previously, actor Prithviraj Sukumaran had shared a picture with Mohanlal, starting the speculation that the two actors might be gearing up to work together. He also added a dialogue from their previous collaboration, Lucifer, which fuelled the rumours further. Have a look at the picture here.