Rana Daggubati To Get Married By The End Of This Year, Reveals Father Suresh Babu

Rana Daggubati recently got engaged to entrepreneur Miheeka Bajaj. The actor's father has now revealed that his son will get married by the end of this year.

Rana Daggubati's father confirms that his wedding will happen this year

Speaking to a news organisation, Rana Daggubati's father, Suresh Babu, opened up about his son's upcoming wedding. When asked about Rana Daggubati's recent engagement, Suresh Babu stated that the wedding will happen this year itself. He added that they were thinking of having it around December but it could happen even sooner than that too if things went smoothly.

Suresh Babu did say that more information would be shared once things were finalized. The film producer also revealed how happy he was with his son's engagement. He even jokingly added that kids had a nice way of enhancing their parents' lockdown productivity, as he would now be busy planning a wedding.

South Stars pour in wishes for the newly engaged couple

The above post was shared by Rana Daggubati just a day ago. In the caption, the actor revealed that "she said yes", revealing that he was now engaged to Miheeka Bajaj. As soon as Rana Daggubati shared this news on Instagram, fans flooded social media with well-wishes for the newly engaged couple. Even several celebs congratulated the couple and wished them well for their future. 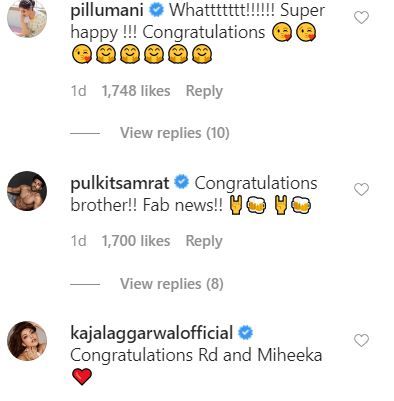 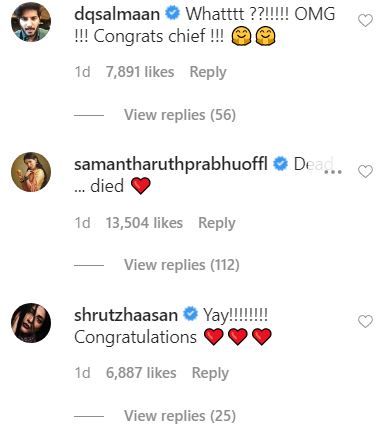 Miheeka Bajaj is a Hyderabad based interior designer and is the daughter of Bunty and Suresh Bajaj. She runs Dew Drop Design Studio, which is her own interior design and decor business. She has also planned several high profile weddings and other events.

PEOPLE HAVE PLEDGED SO FAR
LATEST NEWS
View all
8 hours ago
Nithiin eager on getting keerthy suresh on board for the telugu remake of 'andhadhun'?
8 hours ago
Gujarati actresses, politicians come up with special song for 'corona warriors' & pm modi
12 hours ago
Dulquer salmaan, keerthi suresh, mahesh babu, other south indian stars wish fans on eid
4 hours ago
If steven soderber's 'contagion' has a bollywood remake these actors can be a part of it
8 hours ago
Mrinmayee godbole, lalit celebrate 3 years of 'chi va chi sau ka' with a covid-19 message