Rasika Sunil's Calming Rendition Of The 'Yaman Raag' Will Soothe Your Soul: WATCH

Rasika Sunil is a celebrated actor, who is known for her acting skills. Now take a look at her singing talent that calmed and amazed many. Read to know more

Rasika Sunil has garnered many fans for her acting skills. Now in a video, she is seen impressing her followers with her singing talent. The artist performed the 'Yaman' raga in her soothing voice which left her fans mesmerised.

Rasika Sunil shared the video on her Instagram handle, where she has gained much attention. It was posted during the time of nation-wide lockdown. The actor starts the 3:03 minute video by saying that she is sharing an important thing with her followers. Rasika stated she gets peace within from her song. She mentioned that if she ever feels anxious or overthinks, she takes her tanpura and starts singing which makes her feel better. The artist asserted that people might be anxious as they are in lockdown so she is passing her music trick and hopes that they feel calm when they hear the music rendition. Check out her video below.

Rasika Sunil’s video caught the attention of many. She amazed the users with her soothing voice. Many praised her singing talent and left red heart emoticons in the comment section. Several users also mentioned that they are shocked by her singing skills. Take a look at a few reactions. 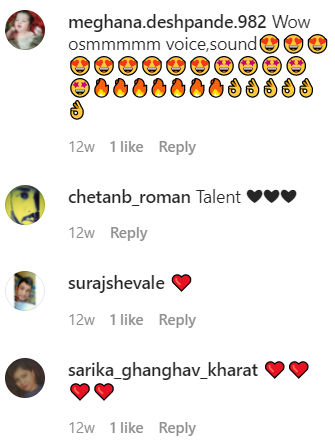 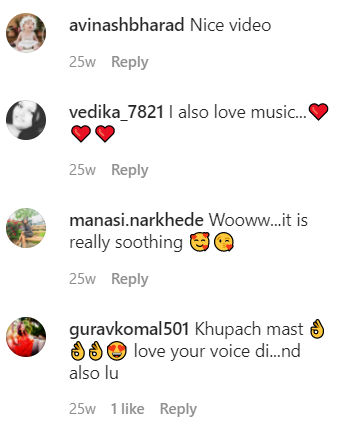 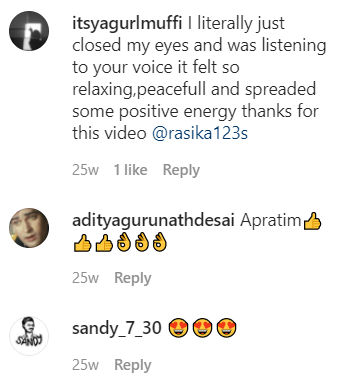 Rasika Sunil made her acting debut in 2017 with Baghtos Kay Mujra Kar. Written and directed by Hemant Dhome, it also features Jitendra Joshi, Aniket Vishwasrao, Akshay Tanksale and others. The comedy-drama film was appreciated by the audiences.

She appeared in Marathi television show, Mazhya Navryachi Bayko, playing the second lead role. She played the role of an antagonist in the show. The actor’s performance earned her huge fame in the industry. The show also stars Abhijit Khadkekar and Anita Date.

Rasika Sunil featured in Wild Geese, her debut international short film in 2019. It was about love, loss and bravery. It also has Leonardo Noda as Oliver, while Rasika played Vanessa. Third Time Lucky is another short crime drama film in which she has starred in.