Sagarika Ghatge took to her Instagram to share the news of her father passing away on January 9. She shared pictures from her childhood.

Chak De India! fame Sagarika Ghatge took to her Instagram to share the news about her father passing away. In the post, she shared some memories from her childhood and wrote a note about him. In the caption, she talked about feeling a void and thanked him for teaching her how to be brave.

Vijaysinh Ghatge passed away on January 9, 2021, at the age of 64. The reason behind Sagarika Ghatge's dad's death is still unknown. Her comment section is filled with condolence messages from her fans and friends. Others left heart and praying emojis and asked her to be strong during tough times. 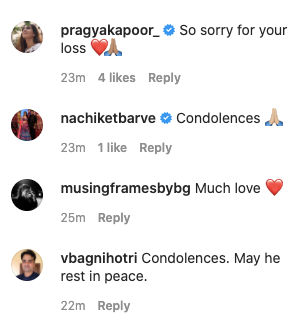 Sagarika Ghatge was born to father Vijaysinh Ghatge and mother Urmila Ghatge in Kohlapur, Maharastra. She shifted to Ajmer at the age of eight to join Mayo College Girls School. She is related to the royal house through Shahu Maharaj of Kolhapur. Her father belonged to the royal family of Kagal. According to tollywoodcelebrities.com, her grandmother Sita Raje Ghatge was the daughter of Tukojirao Holkar III of Indore. She also has a sibling named Shivjeet Ghatge, who is the CEO of StepSetGo, which is a fitness rewarding app and encourages people to be physically active.

The actor got married to Indian Cricketer Zaheer Khan in November 2017. Sagarika celebrated her 35th birthday on January 8 and a day later, her father passed away. She even shared a picture on her Instagram thanking her fans for the wishes.