Recently Sai Lokur gave a sneak-peek into her vacation time in Goa. She posted a video with her dog, wherein the latter was spotted swimming in the pool.

Sai Lokur is currently enjoying her vacation time in Goa. The actor has been sharing several pictures and videos on social media from her getaway. Recently, Lokur took to her Instagram handle and shared a video of her swimming with her four-legged friend, Mocha. Sharing the video on social media, Sai Lokur penned, "I am a Swimmer Shih Tzu". Take a look at Sai Lokur's swimming session with her Shih Tzu, Mocha.

In the above Instagram video, Sai Lokur was seen holding her dog, as the latter tried swimming in the pool. The actor stunned in a red tee and black shorts. Sharing this adorable video on Instagram, Sai Lokur added Coal Bin Bros' song Happy Dog in the background.

Sai Lokur's fans and followers were quick to share their response on Instagram. One of the users commented, "Nice Mocha Is Swimming", while another added, "So very cute dog". Another fan wrote in the comment section, "Mocha you r strong". Take a look at some more fans' reactions below. 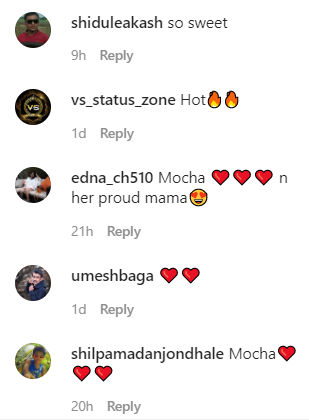 Actor Sai Lokur made her first-ever acting debut as a child actor with 2002's romantic drama flick, Kuch Tum Kaho Kuch Hum Kahein. The young star also appeared as a child artist in films like Pakda Gaya and Mission Champion. Later, in 2011, she made her comeback through the Marathi film, PPlatform. In the same year, she also appeared in another Marathi flick, Parambi. In the year 2012, Sai Lokur made her lead role debut with a Marathi comedy film, No Entry Pudhe Dhoka Aahey.