Samantha Akkineni starrer Tamil movie Super Deluxe turned out to be a blockbuster at the BO. Take a look at 5 riveting facts about the black comedy flick. 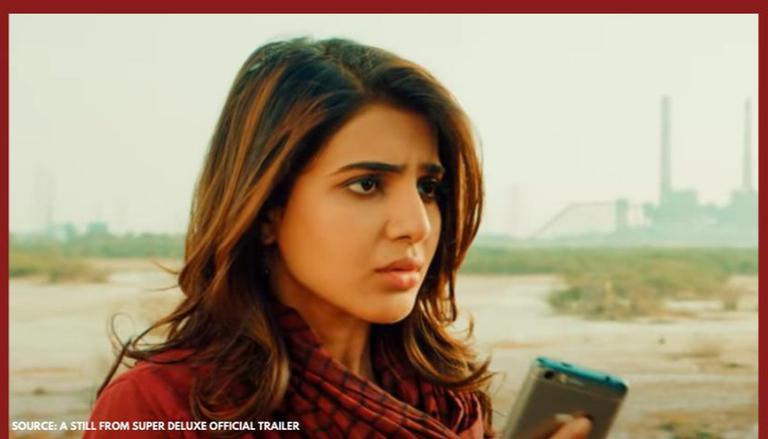 Samantha Akkineni is one of the most bankable female superstars in the South Film Industry. The gorgeous diva has numerous blockbuster hits under her credit from  A... Aa, Yeto Vellipoyindhi Manasu, Naan Ee'/'Eega, Neethaane En Ponvasantham to Thanga Magan. And, the latest addition to Samantha Akkineni's commercially successful films is none other than 2019's second-highest-grossing Tamil black comedy flick titled Super Deluxe.

A post shared by Samantha Akkineni (@samantharuthprabhuoffl) on Feb 9, 2020 at 10:26am PST

Starring versatile actors like Vijay Sethupathi, Samantha Akkineni, Fahadh Faasil, Ramya Krishnan amongst others, Super Deluxe is a must-watch film for all cinema lovers. However, if you haven't seen this Tamil film, then looking at some interesting trivia about this blockbuster Samantha Akkineni starrer will certainly interest you. So take a look at some riveting facts about Samantha Akkineni's Super Deluxe.

1. Actress Ramya Krishnan who played the significant role of Leela in Super Deluxe, directed by filmmaker Thiagarajan Kumararaja, was not the first choice of the makers to play that role. Instead, M. Kumaran Son of Mahalakshmi fame actress Nadhiya Moidu was initially approached to play Leela's character in the movie. And, Nadhiya agreed to play that role too, however, due to creative differences she, later on, walked out of the project.

2. The story of Super Deluxe is not written by a single writer. Instead, four different writers have written the story plot of this Tamil film. As per IMDb trivia, Thiagarajan Kumararaja, the director of Super Deluxe eventually decided to divide the story into four equal parts including one or more main characters of the film. The four writers who worked on the story including Thiagarajan Kumararaja are Mysskin, Sekar, and Nalan Kumaraswamy. Then, Kumararaja later acclimated all the four different versions of the same story and cumulated it into one. A highly interesting yet complex way of coming up with a unique story.

3. In one of the important scenes of the film where Vayembu and Mukhil 'drop the mattresses', one can hear tuneful background score which is apparently quite similar to that of Star Wars film series.

4. Coming to the next lesser-known fact about Super Deluxe, three cinematographers worked on the black comedy, namely P.S. Vinod, P.C.Sreeram, and Nirav Shah. Out of which the scenes filmed by P.C Vinod's were shot again due to change in cast and other conflicts related to the schedule of the film. However, this, fortunately, did not happen with the other two cinematographers.

5. During the movie's climax scene, the poster of Super Deluxe is showcased like a hoarding on the rooftop wherein, one can also witness an 'alleged alien' and a human talking.

Also Read:Allu Arjun's Popular Romantic Tracks Which Can Elevate Your Mood In No Time; See List

WE RECOMMEND
Sonam Kapoor demands withdrawal of Draft EIA 2020, says 'I want mangroves, not floods'
Pooja Hegde has 'learned to love sincerely & be more grateful' during pandemic; See post
Samantha Akkineni poses for picture in her pretty garden, fans go all 'green' with her
Samantha Akkineni's new post will encourage you to grow healthy food at home; Check out
Mini Mathur gives a sassy reply to a Twitter user who called her a 'paid journalist'
Listen to the latest songs, only on JioSaavn.com