Naga Chaitanya, who has been receiving great responses for his latest film 'Love Story', celebrated the success with a party which was not attended by Samantha. 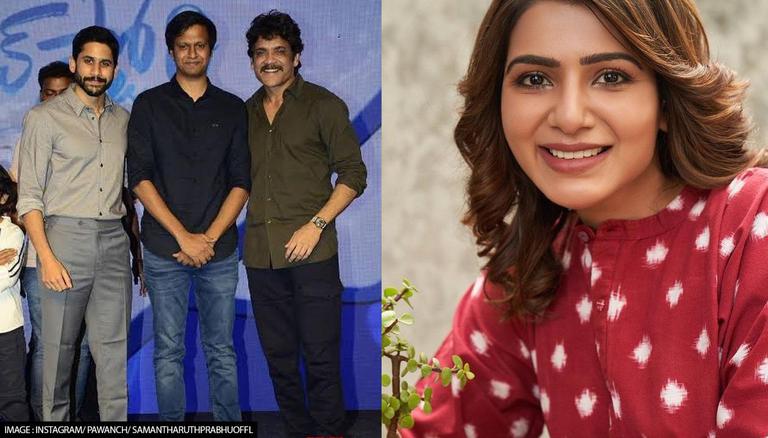 
Actor Naga Chaitanya has been receiving a terrific response for his latest release Love Story. The actor along with his father-veteran actor Nagarjuna came together on Tuesday evening for the success meet of Love Story. The event was also attended by Chaitanya's co-star Sai Pallavi and director Sekhar Kammula. It was organised to celebrate the film’s grand success. However, fans were shocked to see that actor Samantha Akkineni was not a part of the celebrations.

The latest love drama opened in theatres worldwide last Friday and has grossed over ₹20 crores at the box office as of Tuesday. Samantha’s absence at the celebrations raised many eyebrows and speculations about the rumoured rift in the couple's marriage. When the trailer for Love Story was released, a couple of weeks ago, Samantha took to Twitter to share it but tagged and wished only Sai Pallavi in her post. Quoting Chaitanya’s tweet, Samantha wrote: “Winner. All the very best to the team[sic].”

Not just the success party, the Family Man 2 actor also skipped the film’s pre-release event. The pre-release event was attended by Aamir Khan, veteran actor Chiranjeevi and more who were present to support the team and wish them luck for the release. During the event, Aamir Khan was all praise for Naga Chaitanya and wished him luck for the film’s success. The actor said he liked the trailer of the film so much that he wanted to be there at the event. He also mentioned his experience working together with Chaitanya in the upcoming Laal Singh Chaddha. Chaitanya will be making his Bollywood debut with Laal Singh Chaddha. The film is an adaptation of the Hollywood flick Forrest Gump and also stars Kareena Kapoor Khan.

The Telegu film directed by Sekhar Kammula revolves around a couple who lands in Hyderabad to fulfil their aspirations. The film stars Sai Pallavi and Naga Chaitanya in the lead roles. Previously, the makers have released its trailer, which took the audience on an emotional ride. The film was released on September 24. The film is bankrolled by Narayan Das K Narang and Puskar Ram Mohan Rao under Sree Venkateshwara Cinemas and Amigos Creations respectively.