In her recent post on Instagram, Shruti Haasan has shared her picture with an out-of-the-blue pose; Have a look at the amused reactions sent by her fans

Shruti Haasan has quite a large collection of her fashionable pictures on social media. The actor has posted several clicks from her photo shoots in the past on her Instagram handle, that have been responded well by her followers. However, one of the recent pictures that she has posted seems to have amused a number of her fans, who have been commenting on it. The photo shows Shruti striking a rather unusual pose which has left her followers amused – here is a glimpse at it.

A large share of the pictures that the actor has posted on her Instagram are those from her photo shoots. She can be seen flaunting herself in all kinds of fashionable outfits in these pictures and her followers consistently get to see such kind of pictures. However, her recent post appears to be rather unusual, as she is seen simply standing on top of her car for a photo shoot. The picture shows her looking straight into the camera as she stands on the car, while her long blue dress waves along the wind.

Expectedly, her followers took to the comments section of the post to express their views on it. While most of her loyal fans enjoyed this unusual picture as well, many were also amused by it and shared their comments. It was rather surprising to them that Shruti was standing right on top of a car while striking a pose for the camera, something which is not usually seen by her fans. Alongside the comments that complimented her, were also the comments which inquired the reason behind this out-of-the-blue pose. 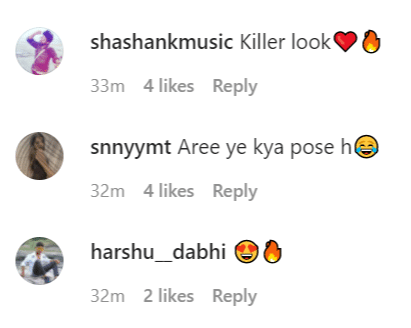 Shruti Haasan has been in films for well over a decade ever since her debut in 2009 in the film Luck. She has worked in a number of Hindi, Tamil and Telugu films since then. She has acted in some of the popular Hindi films including Gabbar Is Back, Welcome Back, Rocky Handsome and more. She has also built a professional career in singing, having sung a number of popular songs.

ALSO READ: Shruti Haasan's BF Saves The Day With Tickets As Actor Forgets To Carry Them To Airport