Tamannaah Bhatia Wraps Up The Shoot For 'November Story'; Can't Wait For Fans To Watch It

Tamannaah Bhatia, one of the prolific actors in Indian regional cinema, recently took to social media to announce the 'November Story' wrap up. Read on

Actor Tamannaah Bhatia was working for one of her upcoming projects, she recently announced on social media that she has wrapped up the shoot and shared how excited she was feeling for her latest movie which is set to release soon. As her upcoming crime thriller film will mark her debut on the digital platform, let’s take a look at how Tamannaah Bhatia was excited about it.

Known for her spectacular performances in Telugu, Tamil and Hindi movies, actor Tamannaah Bhatia recently took to her Instagram handle and shared how she had wrapped up the shoot for her upcoming movie, November Story and dropped her look from the movie. As November Story will soon be seen on the digital platform Disney+ Hotstar, the actor will enter the OTT world for the first time. In her caption, she stated how November Story had been an exciting project for her and added how she couldn't wait for all her fans to binge-watch this nail-biting series which will soon release. She also stated how she couldn't thank her team enough for the incredibly memorable journey while working on the thriller series.

All her fans were thrilled to hear the news and were eager to watch Tamannaah Bhatia’s upcoming web series, November Story. Many of her fans took to the comments section and wished her all the best for her new project while many others illustrated their excitement by adding heart-eyed emojis along with fire symbols. Have a look at how Tamannaah Bhatia’s fans reacted to her latest post. 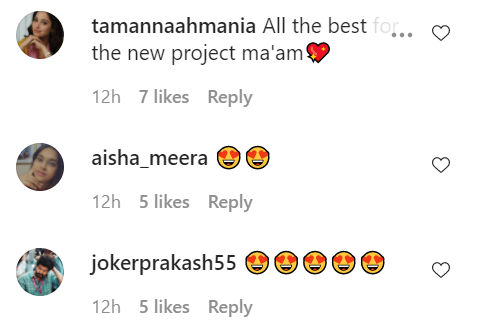 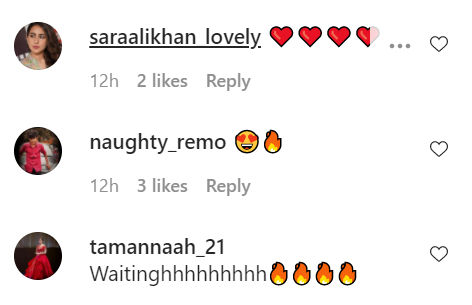 Directed by Indhra Subramaniam, this Tamil crime thriller series will include Tamannaah Bhatia as Anuradha Ganesan in the lead while other significant actors will include G.M. Kumar, Pasupathy and Vivek Prasanna. The web series has been produced by Ananda Vikatan.

Also Read Exclusive: Saiyami Kher Weighs In On OTT Vs Theatre Debate, Says 'Should Be A Balance'

Also Read What Time Does 'Maara' Release On Amazon Prime? Details About The Tamil Musical Drama