Here's a list of the actors who were a part of the Thadaka 2 cast. Read on to know more about them in details and what roles they played in the romantic comedy.

Thakadu 2 or Shailaja Reddy Alludu Telegu romantic comedy which released in 2018. Maruthi Dasari holds the writing and directing credits while it has been bankrolled by Sithara Entertainments. The plot of the movie revolves around two lovers, Chaitu Gaadu and Anu Reddy who want to get married. However, the obstacle to their happily ever after is Anu's mother Shailaja who hopes for a doctor son-in-law. The couple finds it extremely difficult to convince the domineering Reddy matriarch and this is what the romantic comedy is based on. Here's a look at the cast of the movie. 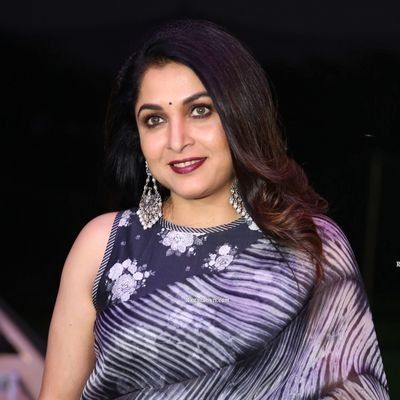 Ramya Krishnan is a celebrated actor of the South Indian industry. She is known to have worked in Telugu, Tamil, Kannada, Malayalam and Hindi films with over 260 films to her name. She has also received many awards, namely four Filmfare Awards, three Nandi Awards and a Tamil Nadu State Film Award. Her notable films include Baahubali: The Beginning, Baahubali 2: The Conclusion, Padayappa, Super Deluxe, Soggade Chinni Nayana, Chaahat, Bade Miyan Chote Miyan, Khal Nayak, Hello, Banarasi Babu and many more. In Shailaja Reddy Alludu, she plays Shailaja Reddy, the domineering mother who wants only a doctor husband for her daughter.

Naga Chaitanya is the son of the famous South Indian superstar, Nagarjuna. Making his debut in Josh in 2009, Naga Chaitanya has won several awards like Filmfare Award South for Best Debut, Nandi Award for Best Supporting Actor and SIIMA award for Best Actor Critics. Since then he has acted in films like Majili, Manam, Premam, Ye Maya Chesaava, Venky Mama, Savyasachi, Tadakha and more. In Thadaka 2 or Shailaja Reddy Alludu, he essays the role of the hero who needs to convince his girlfriend's mother to let him marry her.

Anu Emmanuel made her debut in 2016 in a Malayalam film called Action Hero Biju. Since then she has acted in several Tamil, Telugu and Malayalam films like Namma Veettu Pillai, Geetha Govindam, Naa Peru Surya, Naa Illu India, Oxygen, Thupparivaalan, Kittu Unnadu Jagratha, Majnu and some more. In Shailaja Reddy Alludu, Anu essays the role of Shailaja's daughter and the love interest of Chaitu.

Murli Sharma is known for his work in Bollywood, Telugu and television industry. He made his debut on the silver screen in Main Hoon Na directed by Farah Khan. Since then he has featured in a number of movies like Saaho, Ala Vaikunthapurramuloo, Vijetha, Athidhi, Ninnu Kori, Awe!, Brand Babu, Golmaal 3, Jane Tu...Ya Jane Na, Evaru, Sanam Teri Kasam, Bhale Bhale Magadivoy and many more. In Thadaka 2, he essays the role of Chaitu's father.