Unseen Pic Of The Day: This School Pic Features 3 South Megastars; Can You Spot Them?

Rana Daggubati, Ram Charan and Allu Sirish are some of the South megastars who can be seen posing together in this throwback school photograph. Read On.

A recent throwback picture of a school photograph featuring three megastars of the South Indian film industry has gone viral on social media. The celebs are none other than Rana Daggubati, Ram Charan and Allu Sirish. Not known to many, these three actors were in the same class at school and it seems like their friendship goes a long way indeed.

Reportedly, the picture was shared by one of their classmates on social media. The picture must have been a visual delight for the fans of these three megastars and may have taken them down the memory lane. It is not very difficult to spot Rana Daggubati in the picture as he seems to be the tallest in the class. Rana Daggubati is the one standing on the second row and fifth from the left.

Also Read: Rana Daggubati Remembers 'the Learning And Joy' During The Making Of Baahubali 2; See Pics 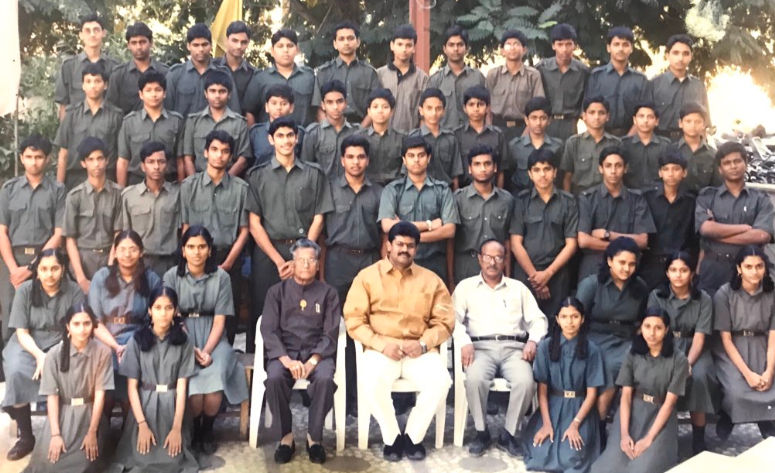 These celebs enjoy a massive fan-following in the Tollywood industry

Talking about Allu Sirish, he is the one standing right next to Rana Daggubati from the right. It is literally unmissable to see the stark transformation in Allu Sirish now looking at his throwback picture from school. Last but not the least, South sensation Ram Charan can be spotted in the picture standing on the second row and fourth from the left. Ram Charan, Rana Daggubati and Allu Sirish also share a close bond with each other in the present.

On the work front, Rana Daggubati will soon be seen in films like Aranya, Haathi Mere Saathi and Bhuj: The Pride Of India opposite Ajay Devgn. Ram Charan, on the other hand, will be seen in the much-awaited movie RRR opposite Jr NTR, Alia Bhatt and Ajay Devgn. Allu Sirish was last seen in the movie ABCD (American Born Confused Desi) opposite Rukshar Dhillon.

Also Read: Ram Charan Recalls The Time His Father Chiranjeevi Had Beaten Him Up With A Police Belt