Usha Nadkarni's Birthday: A Quick Look At Her Professional Journey

On the occasion of Usha Nadkarni's birthday, let us glance through her distinctive work projects on television and movies across Hindi and Marathi languages. 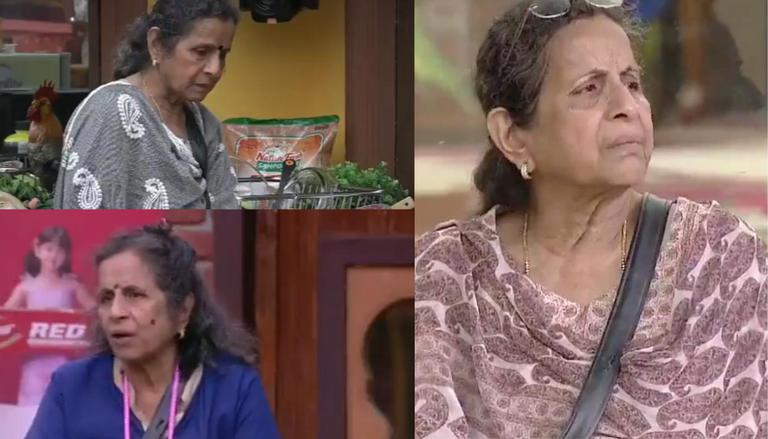 From beginning her career in 1979 from her first film in Marathi to working in multiple genres and acing her roles, Usha Nadkarni is always known for her powerful acting talents. She is a well-known Marathi actor who has established herself in the Indian television and film industry as well. She has essayed a variety of roles in her entire career. Hence, on the occasion of Usha Nadkarni’s birthday, here’s a peek into her career in the Marathi and Hindi film industries.

Usha Nadkarni is best known for her negative roles in Marathi and Hindi movies. Talking about Usha Nadkarni's movies, Sinhasan was her first Marathi movie released in 1979. Later, she was a part of a Hindi movie, Sadak Chhap, starring Jackie Shroff in the lead. She played the role of a blind woman. Then she worked in a few Marathi films such as Dhumakul, Maherchi Sadi, Pak Pak Pakaak, among others. Some of Usha Nadkarni's movies include Shatranj, Gundaraj, Krishna Cottage, Bhootnath Returns, Vaastav, Rustom, to name a few Bollywood projects.

Apart from Usha Nadkarni’s movies, she even got highly appreciated for her roles in Hindi TV shows. She has been a vital part of popular TV soap operas such as Rishtey, Thodi Zameen Thoda Aasmaan, Kuchh Is Tarah, Mrs Pammi Pyarelal, Pavitra Rishta, among others. Her dynamic role in Pavitra Rishta as Savita Deshmukh made her even more popular among her fans.

According to a report by Telly Chakkar, the actor had once mentioned that she doesn't like people smoking. She used to scold one of her co-artists whenever she smoked. Apart from Usha Nadkarni's movies and TV soap operas, she has also been a part of Bigg Boss Marathi in 2018. Her promising role in the TV soap opera, Pavitra Rishta bagged her 2 awards at the Zee Gold Awards for Best Actor in a Negative role in 2011 and 2012. She even won an award for Favourite Teekha Character at BIG Television Awards. Usha Nadkarni also entertained her fans in a popular show, Khatra Khatra Khatra, and won an award at the Zee Horror Show.

Also Read Akshay Kumar's Birthday: Varun Is Glad The Actor Is Spending His Birthday On Sets