Vijay Antony took to his official social media handle and shared the first look of 'Bitchagadu 2' on his birthday. Read on to know more about the upcoming film.

Recently, Vijay Antony shared the first look of his upcoming flick, Bitchagadu 2 on the occasion of his birthday. It has piqued the interest of fans and who are highly anticipating the release of the film. Read on to know more details about the whole story:

Fans of the actor are flooding the comment section with praises and wishes. They are also wishing the actor a happy birthday in advance, as Antony will be celebrating his birthday today, on July 24, 2020. Here are the fan reactions to the post by Vijay Antony: 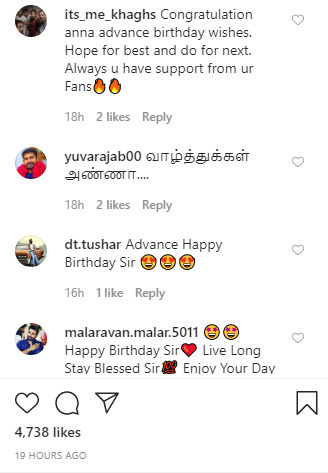 Antony is the first Indian to win the Cannes Golden Lion back in 2009 in the category of Best Music for the song Naaka Mukka. Here is the video song:

ALSO READ |Govinda's Quiz: If You're A 90s Kid You Will Ace This Quiz

Bichagadu is also dubbed as Pichaikkaran in the Tamil language. It has been remade in several languages like Marathi, Odia, and Kannada. It went on to become a blockbuster in the year 2016 and garnered a huge fan following for Antony. Fans have been eager for the sequel of the film ever since.