Coffee Prince actor Gong Yoo and Encounter actor Park Bo Gum's starrer movie Seobok is all set to release this year. The makers of the sci-fi film have released the new poster of the film. Seobok cast includes actor Gong Yoo And Park Bo Gum in the lead roles. Read on to know more about the movie Seobok.

ALSO READ| Gong Yoo, Bae Doona, And Lee Joon To Come Together For A Drama By Jung Woo Sung

Seobok plot revolves around the story of a former intelligence agent and a first human clone named Seo Bok. The roles are played by Gony Yoo and Seo Bok respectively. Gong Yoo is tasked for his last mission where he has to ensure the safe transportation of the first human clone. Situations change when they themselves have to make a clone of themselves so as to safeguard their mission and avoid the enemies. In Seobok's new poster, text can be seen written which when translated to English indicates “The end of the world, a special journey begins”. The lead actors could be seen staring each other while they embark upon a new mission. 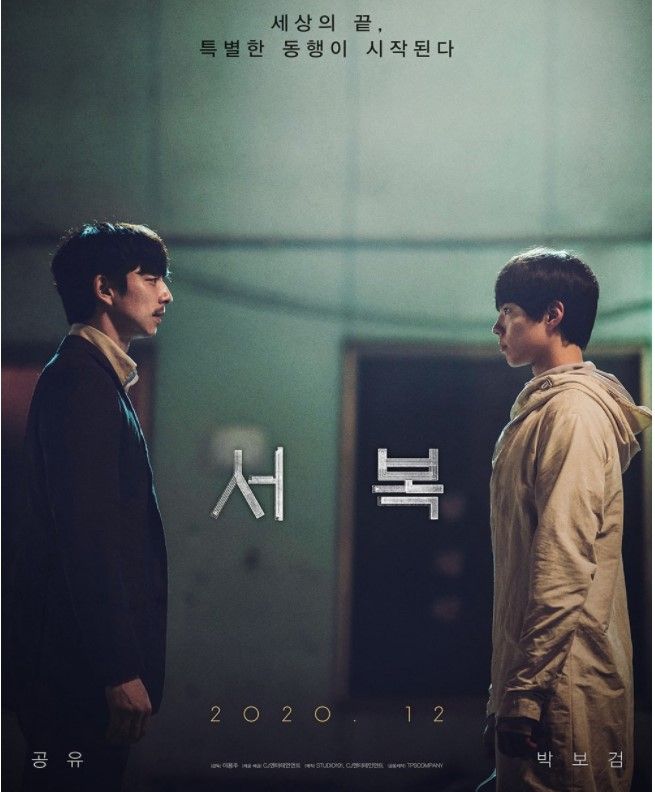 The movie Seobok is helmed by director Lee Yong Joo, who last worked on the South Korean movie Architecture 101. The film is slated to release in December in South Korea. Here is a trailer of the movie.

Gong Yoo and Park Bo Gum are popular actors who have featured in some successful movies and serials in their career. While Gong Yoo wooed his audience with the popular Kdrama Coffee Prince, that released 13 years ago, Park Bo Gum was recently seen in Record of Youth on Netflix. Gong Yoo is famous for his role in Kdramas like Guardian: The Lonely and Great God (2016–2017), the movie Silenced (2011), Train to Busan (2016) and The Age of Shadows (2016). While Park Bo-gum has been popular for his roles in Hello Monster (2015), Reply 1988 (2015–2016), Love in the Moonlight (2016), Encounter (2018), and Record of Youth (2020). Park is regarded as the first-ever actor to top 'Korea Power Celebrity list' by Forbes as well.

WE RECOMMEND
2 weeks ago
Jin's BTS BE album's solo concept photos are all things extravagant; check out
2 weeks ago
Best BTS friends: Who's closer, 'V and Jimin or V and Jungkook?
2 months ago
Gong Yoo, Bae Doona, and Lee Joon to come together for a drama by Jung Woo Sung
1 month ago
'Coffee Prince’s' Gong Yoo-Eun Hye met after 13 years; ask each other about marriage plans