The previous episode of Aai Kuthe Kay Karte ends with Anirudh breaking Arundhati's musical instrument. It makes Arundhati cry and Anirudh feels he has finally stopped Arundhati from being the outspoken person she was being for the past few days. Read below to know what happened in the latest episode -

The episode kicks off with Yash and Appa talking about Gowri. Appa advises Yash to start talking to Gowri again and let go if there are any small misunderstandings between the two. However, Yash replies back saying that it was not a small misunderstanding which led to their fall out. Appa urges him to tell what really happened, but Yash does not reveal the secret. At the same time, Gowri enters the colony with a handful of bags which she cannot pick up herself. Appa tells Yash to go help Gowri with the bags at least as her neighbour, if not her friend. Yash agrees and tried to help her with the bags, and ends up catching her hand by mistake, leading to the two gazing into each other's eyes for a brief moment.

Later on, Anirudh walks into his room to find his shirts lying on the bed unfolded. He is left baffled when he hears the sound of the musical instrument he broke in the morning. He rushes to the room only to find Yash using his mobile phone's speaker to play the audio of the musical instrument. Arundhati looks at Anirudh and tells him that he can break away all his instruments but cannot stop his voice. 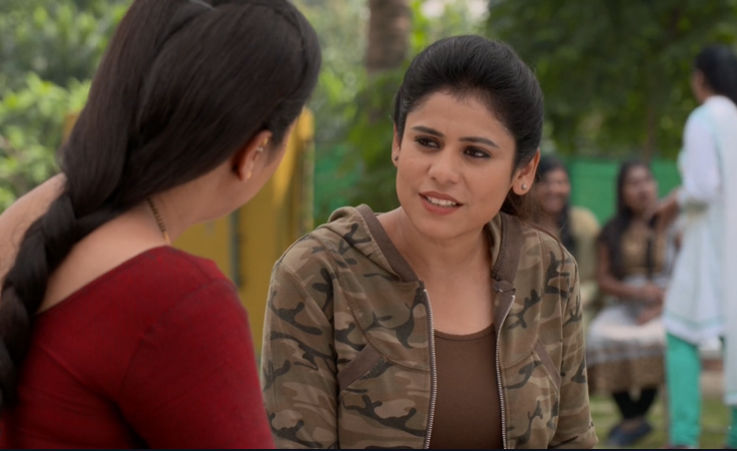 Towards the end of the episode, when Arundhati is sitting alone int he park, Anagha approaches her and asks if she can sit beside her. She tells Arundhati that Appa has told her a lot about her and she knows that she is a good singer. Anagha makes her a request if she will like to teach singing or crafts to the group of women she supports. Arundhati hesitantly agrees to do the same and asks Anagha what she actually does. Anagha makes her understand her vision and goals about supporting women.