The episode kicks off with Gowri approaching Arundhati and asking her when she will be starting off to teach her singing. Arundhati replies saying that she will do it whenever she finds the time but asks Gowri to call out Isha from her room. Gowri heads to Isha's room where Yash is already present and gets distressed by looking at her. Isha apologizes to Gowri and hugs her. Gowri instantly forgives her but Yash does not say a word to her until Isha tells Gowri to talk to him. As Gowri approaches Yash, he barges out of the room and Gowri tries to stop him by admitting that she is in love with him. Yash does not speak to her still but smiles without making Gowri known about it. 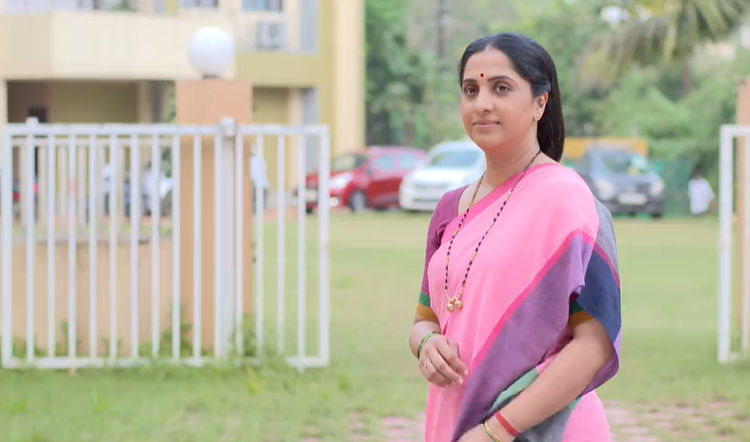 On the other hand, Sanjana and Anirudh have a conversation where she tells him that Shekhar is not ready to give her a divorce. Anirudh asks Sanjana to take things easy and to not worry about whatever Shekhar is saying to her. At the dinner table, Anirudh gets mad over the food cooked as he does not like the food prepared. Whereas, Yash and Isha, who knows about Anirudh's affair with Sanjana insist that the food is actually good. Whereas, Arundhati suggests Anirudh to eat something else if he does not like the food prepared.

Towards the end of the episode, Arundhati and Appa take a walk in a garden where they meet Anagha. Appa introduces Arundhati to Anagaha and the two instantly kick-off. As Anagha leaves, Appa tells Anagha's story to Arundhati that she was married to an NRI who took her to America but then confiscated her passport and oppressed her to become a maid. The episode ends with Arundhati being in awe of Anagha.