Aashka Goradia Hugs Her Legs In New Post; Shows Off Her Yoga Skills

Aashka Goradia took to her Instagram to share a picture of herself, in which she is hugging her leg. She is currently in Goa with her husband. Check it out

Aashka Goradia is quite active on social media and she recently took to her Instagram to share a picture of herself. In the picture, she can be seen sitting on the ground, 'hugging her leg'. She uploaded two pictures, one coloured and one monochrome. Her caption pointed towards hugging her leg. The caption reads, "Leg, dear leg, lemme hug you!". Her comment section is filled with heart and fire emojis. Check out the picture below. 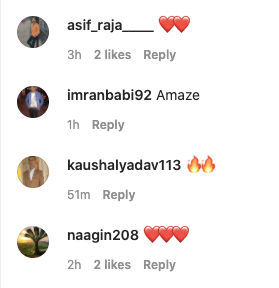 Aashka Goradia is currently spending time with her husband Brent Goble in Goa. Her husband is an American businessman and Yoga teacher. The couple is in Goa to restore a 150-year-old Portuguese house to open a Yoga School. The TV actor has been involved in learning Yoga during the pandemic and is set to become a teacher along with her husband. The couple is often seen striking a pose in Goa beaches. Aashka shared the pictures from her trip on her Instagram, check it out.

Also Read: Aashka Goradia says 'it's the breath, not just strength' as she practices handstand

In another video posted on December 5, Aashka tries to balance herself on the shoulders of her husband. In the video, the couple is in the pool while trying out their skill of balancing. Aashka is sporting black sportswear and shorts. Check out the video.

Aashka started her career in 2002 with Achanak 37 Saal Baad and then featured in the comedy sitcom Acting Acting. Other TV shows include KKusum, Kyunki Saas Bhi Kabhi Bahu Thi, Piya Ka Ghar, Kahiin To Hoga, Mere Apne, Saat Phere, Naagin and many more. She was also a part of various reality shows like Jet Set Go, Bigg Boss 6 and Nach Baliya 8. She dated Rohit Bakshi from 2006-2015 and after their break up, she married Brent Goble on December 1, 2017. The actor also owns India's first double stitched 3D eyelashes company, Renee.

Also Read: Malaika Arora talks about how Sunday should look like, shares picture from her Goa trip