Aditya Narayan took to his Instagram story to share a quote for his wife Shweta on the occasion of Hug Day. Read ahead to know more details.

Valentine's Day is inching closer and this week is a special one for those in love. February 12 is celebrated as 'Hug Day' and newlywed singer Aditya Narayan has something special to say to his wife Shweta Agarwal on this day. On the occasion of Hug Day 2021, he took to his Instagram story to share a collage of his pictures.

Also read | Rahul Gandhi Gets Flak From Film Celebrities On 'Hum Do, Hamare Do' Dig In Parliament

Aditya Narayan's sweet wish for his wife on Hug Day 2021

The picture collage shared by Aditya was made by one of its fan pages. In the photo, he and his wife Shweta have embraced each other. One photo from the collage is from their pre-wedding festivity. The picture also had a romantic caption written on it. It read, "Hug me so tight that nobody can take you from me". 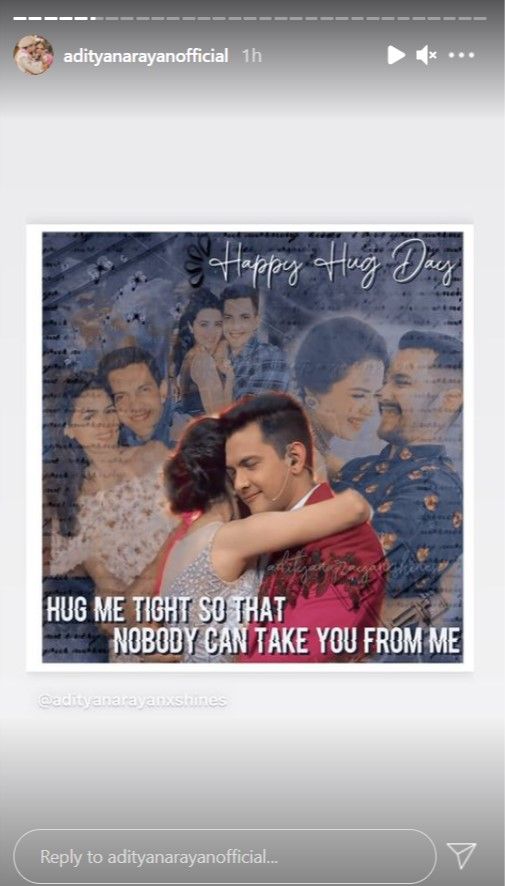 Aditya Narayan also started an online Q&A session with his fans. During which he was asked to share an unseen photo from their wedding. In the response to which, Aditya shared a picture from their pheras where he and Shweta are seen taking their wedding vows. The couple is seen holding hands while completing the ceremony. During the session, one of his fans also asked him what does Shweta call him lovingly and he jokingly replied that she calls him 'puppy'. He also revealed that his wife has a special surprise planned for him on the occasion of Valentine's Day and he is really excited about it. 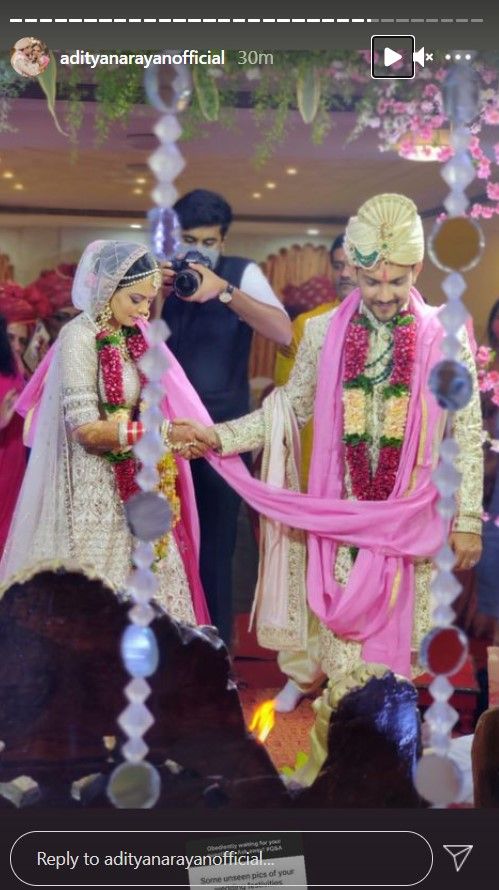 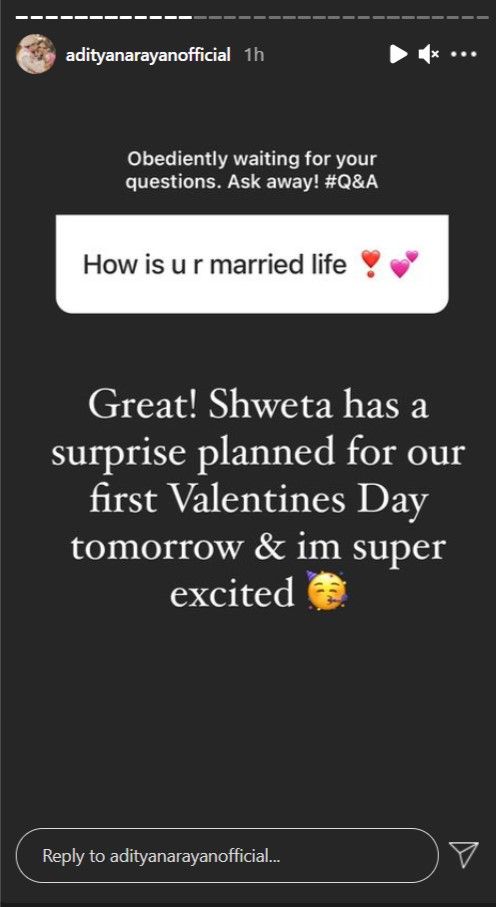 The couple tied the knot on December 1, 2020. They had worn matching ivory coloured wedding ensemble. The invitation to their wedding was not extended to many people due to the Coronavirus pandemic. Aditya and Shweta were dating for a decade. They met on the sets of the horror film Shaapit.

Also read | Sushant's Friend Ganesh Alleges Threat; Writes 'they Hit Me With A Rod' In Letter To CBI