Anita Hassanandani got married to Rohit Reddy on October 14, 2013, in Goa. The couple is soon expecting their first child. Anita enjoys a massive fan following on social media and often shares pictures and videos flaunting her baby bump on Instagram. Recently, the actress shared a BTS clip from her maternity photo shoot.

Also read: Anita Hassanandani Grooves To Shakira's Song Girl Like Me, Says 'Once A Fan, Always A Fan'

In the video, Anita Hassanandani's baby bump can be clearly visible in a white two-piece outfit and she added a floral tiara on her head. Rohit can be seen in a white shirt along with black pants. She can be seen enjoying her photoshoot with Rohit while they have fun on the set. In her caption, she wrote that she was shooting with her Bae and her to be baby. The song played in the background was Positions by Ariana Grande. The cute video was loved by fans and went viral in no time. 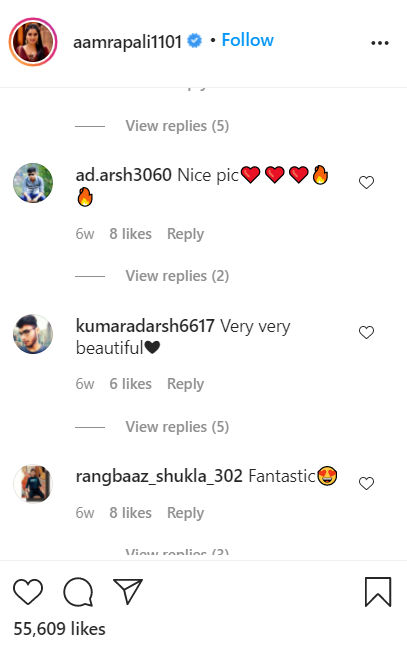 Earlier, Anita shared a video of her grooving on the song Girl Like Me by Black Eyed Peas. She can be seen in a colourful tracksuit. The actress looks glowing as she dances flaunting her baby bump. In her caption, she said that she was a Shakira Fan and she was sure to be ‘trilling’ from the hospital bed.

Earlier, Anita shared a fun video with Rohit. In the video, Rohit can be seen in a black t-shirt whereas Anita can be seen in a white top. Rohit was seen ironing the clothes while Anita was seen having leisure time. He told Anita that he would not do the dishes and once Anita questioned him, he added that he would do the dishes after he would finish ironing. Anita captioned the funny video by saying that she was making the most of her last trimester. She also said that she thought that she already wanted another child so that her husband could dance to her tunes all over again.

Anita Hassanandani primarily works in Hindi, Telugu, and Tamil films and serials. She is best known for her role of Anjali in Kkavyanjali and Shagun Arora in Yeh Hai Mohabbatein. She has also played the role of Vishakha Khanna in Naagin 3, 4 and 5.