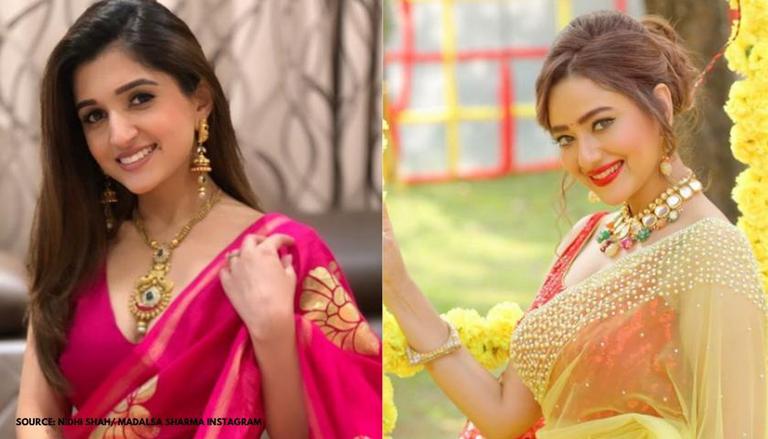 Star Plus' show Anupamaa, starring Rupali Ganguly and Sudhanshu Pandey in lead roles is witnessing some high-end drama. While Kinjal and Anupamaa give it back to Vanraj, Samar and Nandani exchange gifts and rejoice. Kinjal requests Kavya to not bring their personal problems into the office and urges her to maintain some etiquettes. Here's Anupamaa written update for February 2 episode.

In the Anupamaa February 2 episode, Kinjal is shocked to see Vanraj and Kavya's attitude. When Vanraj humiliates Anupamaa, Kinjal tells him that she's brought her to the office. Anupamaa also back answers him and tells him that he can't accuse her of anything. She tells him that he lost his job due to his deeds and Kinjal has got his position because of her faith and hard work. When Vanraj goes to see his nameplate, he realises that it's been replaced with Kinjal's name.

Fuming in anger, he decides to make Anupamaa learn a lesson. He also recalls the time when his house nameplate was removed and was given to his wife. Kinjal is very happy and she also attends a meeting. While the bosses introduce her to the team, Kavya makes ugly faces at her during the meeting. After this, Kinjal gives her the perfect reply and also asks her to change the team if she wants to, however, Kavya is left helpless as she has to work under her.

Also Read |'Death On The Nile' To Be Postponed Amid Armie Hammer's Abuse Scandal: Report

Vanraj makes a fake plan and decides to prove Anupamaa as mentally unstable. He goes to his house and tells everyone to stay away from her as she has psychotic and mental problems. He decides to brush her mind to an extent till she feels she's unwell and goes to the mental hospital. Kavya also accompanies Vanraj and creates a ruckus in the house, leaving Samar, Pakhi, Hasmukh and Leela startled. While Kinjal is in the office, Vanraj plans to enter the house as he knows that no one will speak up against him, but her. Hence he thinks it will be good to visit the house when Paritosh and she are not around.