Are Amber And Barnett Still Together After The Finale Of 'Love Is Blind'?

Also Read | Who's Giannina Milady Gibelli? All You Need To Know About The 'Love Is Blind' Star

Are Amber and Barnett still together? Fans have several theories

Netlfix’ Love is Blind initially witnessed thirty singles vouching for the top six positions with their partner. Only 12, in pair of six, made it to the finale. Out of the six couple are Amber and Barnett. Fans tweeted asking whether the duo are still together after series of similar Instagram posts and location popped up on social media.

The two are definitely married according to the finale, however, there is speculation whether the two will remain married after the show has ended. Some fans asked, are Amber and Barnett still together through Twitter.

Also Read | Cameron From 'Love Is Blind' Is A Fan Favourite, Here's All You Need To Know About Him

Some eagle-eyed fans did some digging through Mathew Barnett and Amber Pike’s Instagram handles. The two shared some pictures from their summer vacation. In the picture, there was a hat which appeared in both their Instagram posts. The hat was a rugged, brown, round one with USA flag printed on it. The timing and the location were similar according to many fans.

Some fans were in splits as the duo did not don any engagement ring. The two might have been spotted at the same location at the Dragon Con. However, they were never there together. Even though Amber and Barnett married each other, there are no pictures of the two anywhere on their social media.

Also Read | Mark From 'Love Is Blind' Is A Popular Cast Member, Here's All You Need To Know

The hat makes an appearance once again

Are Amber and Barnett still together, read fans speculation! 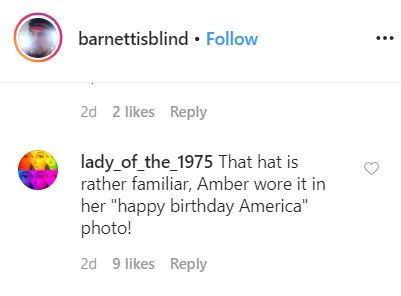 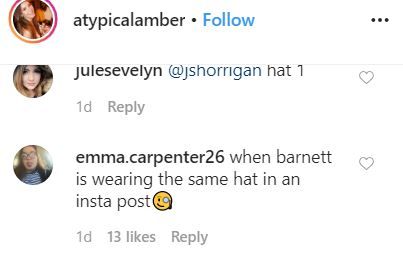 Some fans are still wondering if Amber and Barnett are still together and wish to give their vows a chance. However, it is not possible without a statement from either party to know what happened after Love is Blind. The couple is yet to answer this question to the fans.

Also Read | Lauren From 'Love Is Blind' Is Extremely Popular, Here Is All You Need To Know About Her