Are Rakhi Sawant And Vindu Dara Singh Related To Each Other? Find Out Here

Rakhi Sawant and Vindu Dara Singh are speculated to be in connection with each other. Read to know if they are related or not, and more details about them. 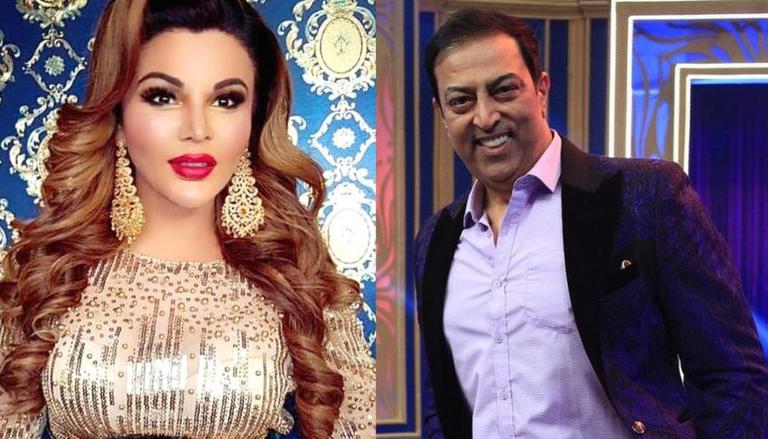 Vindu Dara Singh is a well-known film and television actor in India. Rakhi Sawant is one of the most talked-about celebrities in the country. Both personalities have a close bond with each other and are often speculated to be family members. But are they actually related or not? Know about their families to find a connection between them.

Vindu Dara Singh was born on May 6, 1964, in Mumbai, Maharashtra. He is the son of wrestler-turned-actor Dara Singh and Surjit Kaur Randhawa. In 1996, Vindu tied the knot with actor Farah Naaz Hashmi, elder sister of Tabu. The two have a son together, Fateh Randhawa. They got separated after six years of marriage in 2002. Later, Vindu Dara Singh married Dina Umarova in 2006. The couple has a daughter named Amelia Randhawa.

Vindu Dara Singh belongs to the Randhawa family in the industry. Following legendary wrestler and actor Dara Singh, his eldest son, Parduman Randhawa tried his hand in acting but not gained much success. Then Vindu, too, had tried his luck in the industry and got recognition in supporting roles. Vindhu’s uncle, Sardar Singh Randhawa was also a wrestler and actor. His family includes Sardar’s wife Malika Askari, and their son, Shaad Randhawa.

Also Read | Rakhi Sawant's Bio: Know All About The Actor, Her Mother And Family

Rakhi Sawant was born on November 25, 1978. Her mother is Jaya Bheda, and her step-father is Anand, a police constable at the Mumbai police department. She was in a relationship with dancer Abhishek Awasthi for around three years. The actor got engaged to Elesh Parunjanwala, winner of the show Rakhi Ka Swayamvar, but she broke the engagement. In November 2018, she announced that she would marry internet-celebrity Deepak Kalal. Their marriage was called off a month later. Rakhi Sawant’s family includes her filmmaker brother Rakesh Sawant and actor Usha Sawant.

Knowing the families of Rakhi Sawant and Vindhu Dara Singh gave details about the two. Rakhi Sawant's family has no connection with that of Vindhu's. It is clear that they are not related to each other. However, the two celebrities have been good friends with each other. They have also been a part of a reality show but in different seasons. Rakhi and Vindu have not worked together on the big screen.

WE RECOMMEND
Rakhi Sawant's bio: Know all about the actor, her mother and family