In a recent interview, Asha Negi confirmed her break-up rumours with Rithvik Dhanjani. She said she has respect & compassion for him. Read for details.

Asha Negi has finally admitted that her relationship with Rithvik is over and that the couple has parted ways. For days, her fans had been speculating if the two had broken up. While neither of them spoke upfront about it, they were been seen together less often, giving way to rumours about their break up. Asha Negi told a media portal that she will always have love and compassion for him as they had a loving and caring relationship. Read on to know more about it.

In an interview with a leading media portal, Asha said that sometimes people and relationships fall apart. She further added to her comments that despite that, the love and compassion for the person does not die out. The actor did not divulge details about why the couple broke up and said that she does not want to talk much about her personal life.

As soon as the news about their break up made it to the headlines, fans of the two were disheartened. Their fans, who affectionately called them 'AshVik', took to social media and expressed their disappointment. While some could not understand what went wrong between the seemingly perfect couple, others said that they have lost faith in 'true love'. Check out some of the reactions below.

Why did I watch this ðŸ’”#AshVik was one of those couples you couldn't help but SHIP and hope for them to get married.

I remember watching their SBS ivs when they were doing PR and laughing so much. They were too adorbs. 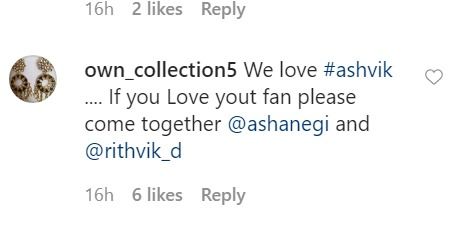 Asha Negi and Rithvik Dhanjani, TV's popular couple had met on the sets of Pavitra Rishta and began dating in the year 2013. After their relationship became public, the two had participated in a couple-dance reality show, Nach Baliye 6. The two had even won the trophy.

After 7 years of dating each, rumours about their break up started doing the rounds last month owing to Rithvik's Instagram stories. When the couple had stopped posting pictures together, media and fans speculated something odd. However, Rithvik Dhanjani's cryptic posts on social media added fuel to the fire. Check out the posts he had shared a while ago. 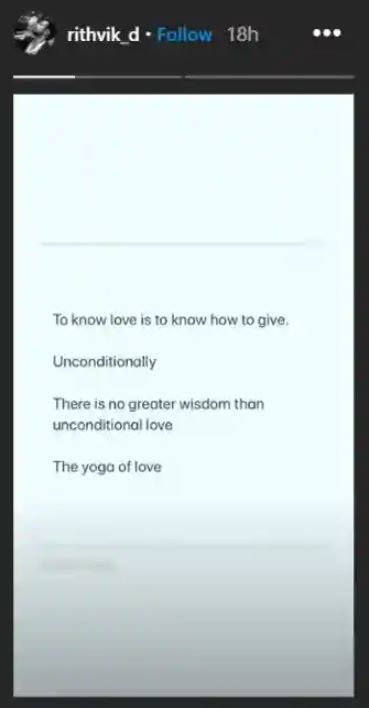 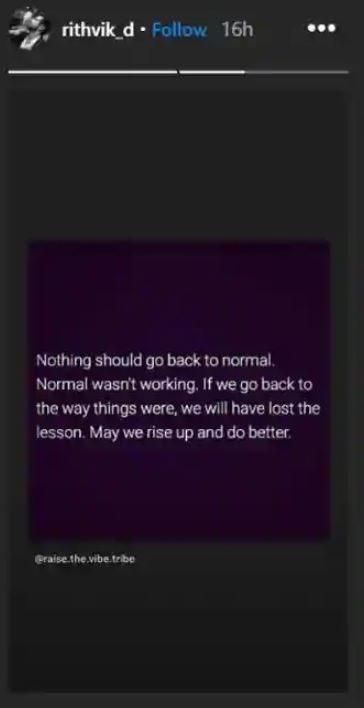 On another note, Asha Negi was recently seen in a web series Baarish 2 opposite Sharman Joshi. The series received a mixed response but the acting of the lead actors was appreciated. The show can be streamed on ALT Balaji and ZEE5.

Read | Asha Negi Responds To Breakup Rumours With Rithvik Dhanjani; Asks 'what Is Going On?'