Beyhadh 2 SPOILER ALERT: Maya-Rudra To Tie The Knot; Will MJ Be Able To Stop Them?

The upcoming episodes of Beyhadh 2 will take a dramatic twist as Rudra and Maya are set to tie the knot. But, will Ananya and MJ let it happen? Read for details

With Rishi's death in Beyhadh 2, fans thought the show will now come to a standstill. But the makers seem to have different plans for the viewers. The regular audience of the show is well aware of the dramatic twists coming up soon.

The show's lead Jennifer Winget already promised her fans that this season will be scarier and darker when she spoke about it in an interview with a leading portal. With the twists and Winget's assurance, fans are sure that the show is only going to get meatier.

In the latest episode, Rudra revealed to Maya why he hates MJ so much. He also confessed that he saw MJ kissing his girlfriend in the past and having an affair with her. He further told her that since that point, he lost faith in him and also blames MJ for his father's death.

Later, Maya was seen questioning her feelings and the attachment she has developed for Rudra. She tried to explain to herself that love had previously destroyed her and she should refrain from it now. But it does not seem likely to happen.

The leads Jennifer Winget and Shivin Narang are currently in Rishikesh to shoot a wedding scene for Beyhadh 2. Talking to a leading portal, Narang shared that they are really excited to shoot outdoors for the show, especially in a place like Rishikesh.

He added that the weather is amazing and that he is looking forward to river rafting in the cold stream. Sharing further details, he said that they will also be shooting Rudra and Maya's marriage in one of the temples in Rishikesh. He also said that they will definitely go to the ghats for the Ganga aarti. 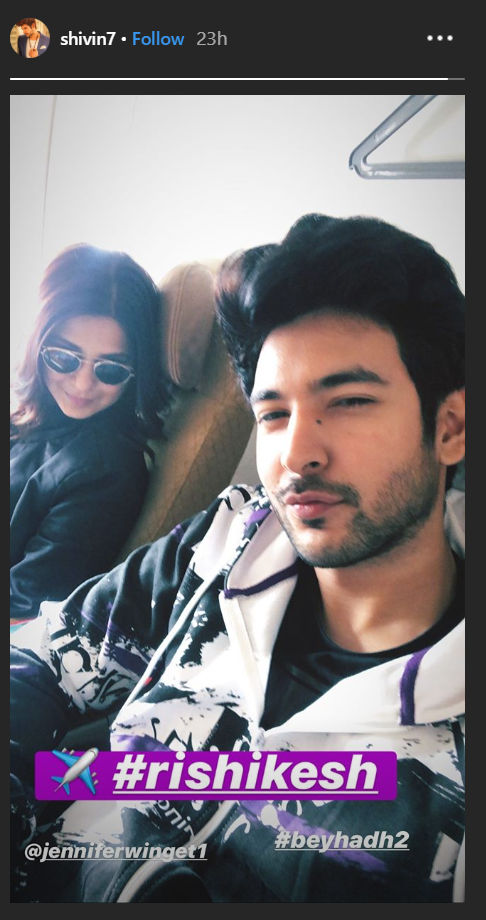 During a previous interview, Jennifer Winget also shared how the first season was all about Maya's obsession with love and in the second season, it is all about her obsession with revenge. She assured her fans that the new season will be darker, scarier, crazier and much more intense. With the new twist coming up, fans are in for a rollercoaster and are already speculating what will happen next.