Bigg Boss 13 winner Sidharth Shukla recently made his first public appearance after the show. He also met an elderly fan and was visibly touched by her words.

Bigg Boss 13 winner Sidharth Shukla finally made his first public appearance after the show, much to the happiness of his fans on Sunday. The Balika Vadhu actor was invited as a Chief Guest to inaugurate a new ward at the Brahma Kumaris GHRC Hospital. He also interacted with the patients, some of whom turned out to be his fans. He also met an elderly fan and was touched by her words of appreciation for him. He was also informed that she supported him and also voted for him during the show. Sidharth also took to social media to share lovely pictures with his fan. Check out the pictures. 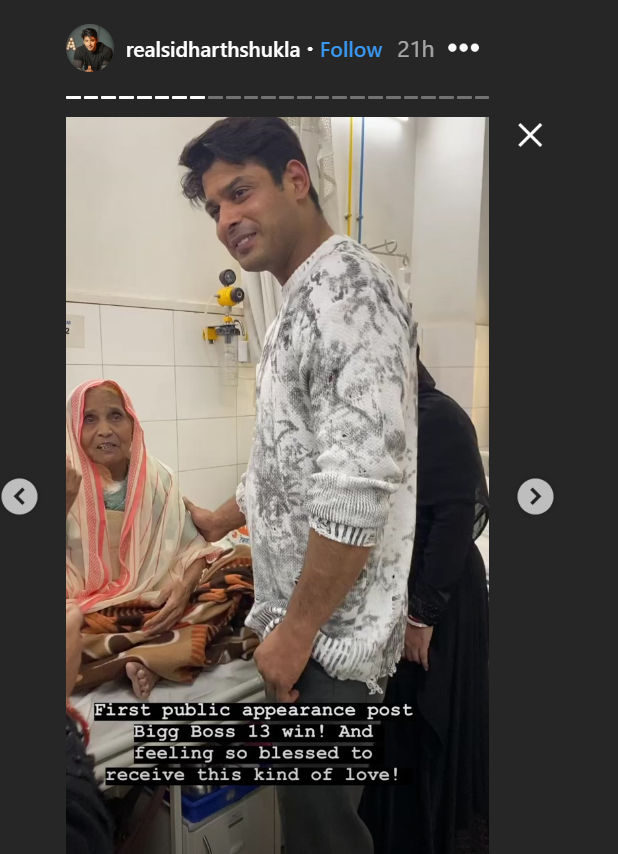 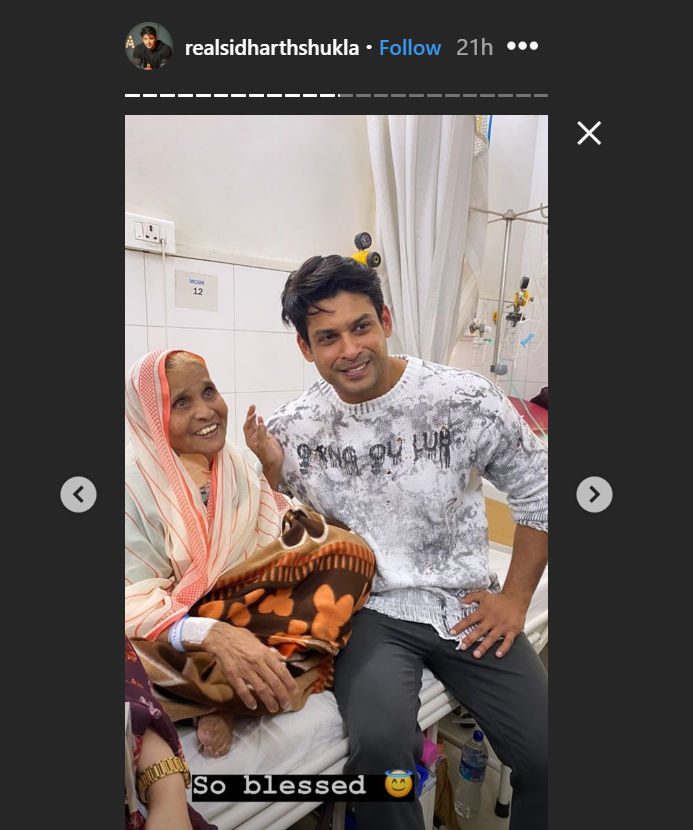 Sidharth was also quipped by the organizers on his journey inside the Bigg Boss house. He jokingly added that they would not like to know about that. The Dil Se Dil Tak actor looked dapper in a white and grey full-sleeved t-shirt with which he opted for black pants. This also proved to be a huge treat for all his die-hard fans who were waiting for his social media posts eagerly. The actor is known for not being too much active on social media. He has been reportedly been sweating it out at the gym, ever since his exit from the Bigg Boss house.

Sidharth spilt the bean on allegations of fixing

Recently, Sidharth also spoke to an online publication about the rumours that his winning the show was already fixed. To this, he said that he feels disappointed when people think like this especially when they have been a part of the show and know how it works. However, he added that it is very difficult to change one's point of view. He also added that everyone is free to have their own opinion. He added that all these does not make any difference to him as there are a lot of people who have showered him with lots of love.