On February 11, 2021, Chhavi Mittal took to her IG & shared an adorable picture with her children- Areeza and Arham. In the caption, she talked about parenting.

On February 11, 2021, television actor Chhavi Mittal took to her official Instagram handle and shared an adorable picture featuring herself and her children Arham Hussein and Areeza Hussein. Chhavi Mittal's children's pictures are a common sight on her Instagram. In the picture, Chhavi can be seen posing with her children- Arham and Areeza adorably. The mother and children flaunted their bright smiles while clicking the selfie picture. While posting, Chhavi penned a long note in the caption. Take a look at her latest adorable video.

Chhavi Mittal shares an adorable pic with her children

Also read: Locust Plague To Frank The Peacock: Here Are Top Viral News Of This Week

In the picture, Chhavi can be seen wearing a white top and accessorised herself with a minimal necklace. She wore subtle makeup and tied her hair in a half updo. While her son Arham wore a blue coloured t-shirt, her daughter Areeza wore a pink butterfly sleeved dress. Her short hair was tied in braids. In her caption, she wrote, “Kids are adorable! But the hardest part of parenting is to handle their tantrums”.

She added, “Los like @arhamhussein are just about learning the importance of tantrums while kids @areezahussein’s age are already experimenting with different ways to throw tantrums”. “But the poor parent is always left to apply the hit & trial method to find a way to delicately handle these”. Chhavi added, “There’s only so much difference between a cute tantrum and an annoying one! So as a mother of 2 adorable tantrum-throwing kids, I’m sharing what I do with the older one”. “I already shared what I do with the LO in my previous video. Hope you saw that too!”. She concluded the note by informing about the links in her bio.

As soon as the picture was uploaded, her fans were quick enough to like the post and dropped positive comments. A fan commented, “Happy with blessed”. Another fan simply wrote, “Candid love touch”. A netizen commented, “Wow so cute kids chavvie”. Another one commented, “All about mother’s love”. 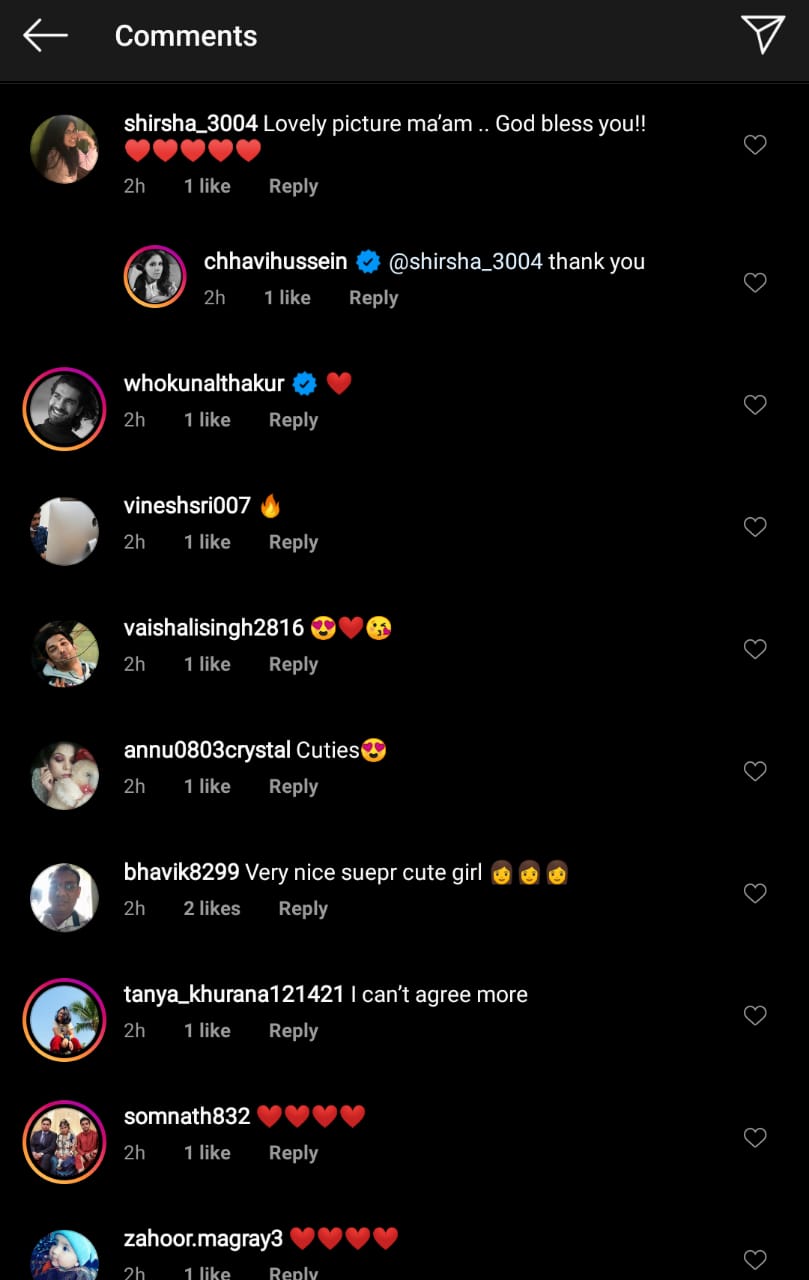 The actor is an active Instagram user and fans often drop red hearts on Chhavi Mittal's photo. In another recent post, the actor shared a glowing selfie picture of herself. In the picture, she smiled brightly and applied subtle makeup. She added a minimal necklace and studded earrings. In the caption, Chhavi penned a long caption about the tantrums thrown by children and how a parent should tackle them.

Also read: Chhavi Mittal's SIT Video About A Relatable Lockdown Situation Is A Must-watch; Know Why