Yesterday marked a milestone for the cast and crew of the hit show, Choti Sarrdaarni as it completed 200 episodes of entertaining fans. See pictures here.

Yesterday marked a milestone for the cast and crew of the hit show, Choti Sarrdaarni as it completed 200 episodes of entertaining fans. Pictures of the celebrations are viral all over the internet as they can be seen having a good time together. The cast and crew of Choti Sarrdaarni are seen celebrating this milestone by having a cake cutting ceremony. Check out a few pictures below.

Choti Sarrdaarni premiered on July 1, 2019, on Colors TV channel. The daily soap stars Nimrit Kaur Ahluwalia and Avinesh Rekhi in lead roles. Over the year the daily soap has garnered praise and likes from fans and viewers. Fans have also congratulated them on their success. Check out a few wishes from fans. 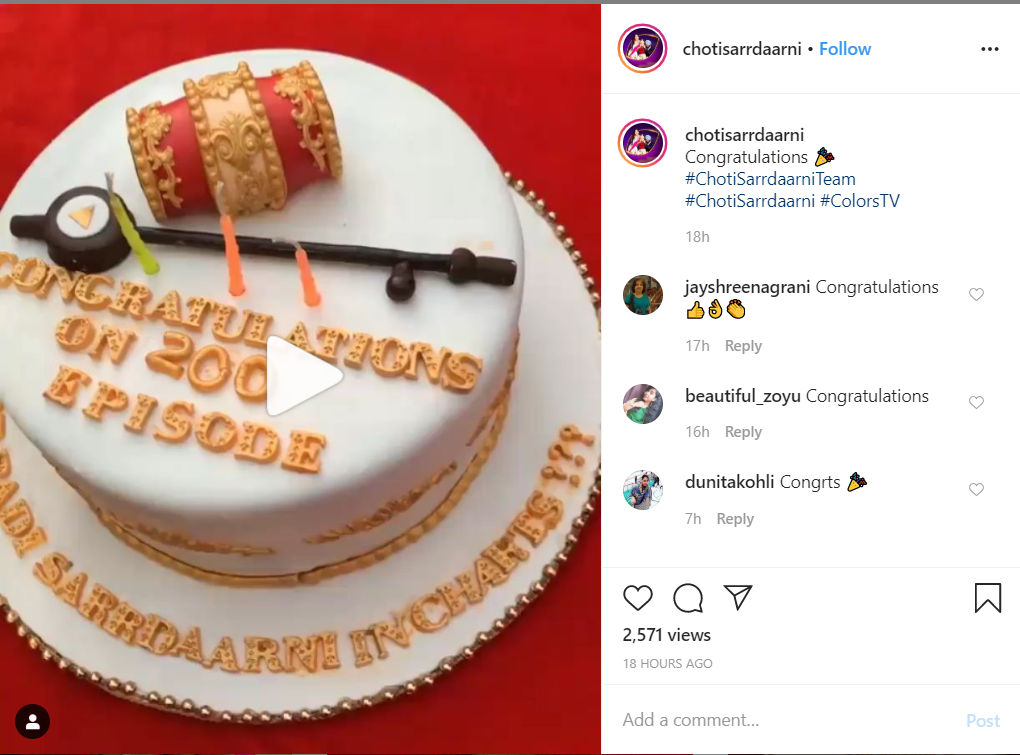 Nimrit Kaur Ahluwalia recently expressed her happiness saying that she felt like they started shooting for the show and they are celebrating the success of 200 episodes. She also said that for her, it has been a wonderful path and has thanked her fans and viewers for their immense support. Talking about her character she said that her role as ‘Mehar’ has been a life-changing situation for her and is glad to have such supportive co-stars by her side.

Avinesh Rekhi who portrays the role of Sarabjit in Choti Sarrdaarni said that they are very ‘grateful' to their audience who have been extremely supportive and have appreciated their hard work. He also emphasises saying that their journey would not be possible with the love and support from their fans. And he is very happy to be a part of Choti Sarrdaarni.