Dil Dosti Dance actor Vrinda Dawda took to her social media handle to announce her first pregnancy via a post, in which she can be seen flaunting her baby bump.

Dil Dosti Dance fame Vrinda Dawda is expecting her first child with her husband Bhavin Mehta. The soon-to-be-mom actor made the big announcement via a video-post on her social media handle. In the video, she can be seen donning a long red-colour off-shoulder gown while embracing her baby bump.

As the video progresses, Vrinda Dawda's husband Bhavin enters the frame and cups her baby bump while planting a kiss on her forehead. Instagramming the video, Vrinda wrote a short caption, which read, "We're adding a little more love to our family", along with a red-heart and an eye-shaped amulet emoticon. As per the hashtags added by her, the couple will welcome their baby in June 2021.

The post received an overwhelming response as within a day, Vrinda’s Dil Dosti Dance co-stars and fraternity friends congratulated her on the new journey. Vrushika Mehta wrote, "Ohh manh tears of joy / M so happy / Congratulations" while Kishwer M Rai, who recently announced her pregnancy, asserted, "Omg same pinch", along with a few laughing emoticons. On the other hand, actor Charlie Chauhan also dropped heart-eyes emojis in the comments box. A handful of followers of Vrinda and the fan-pages of D3 flooded the comments section with wishes for the son-to-be-parents. 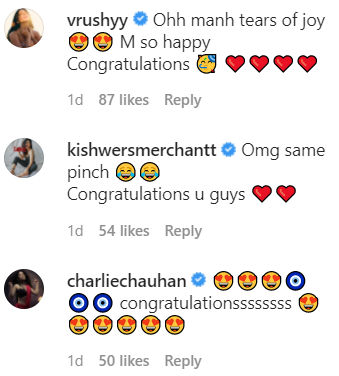 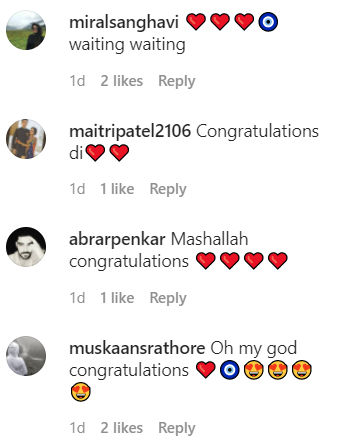 Interestingly, the Mumbai-based Gurajati girl is an avid social media user as she keeps her fans posted with her whereabouts via social media. Her feed features numerous self-portraits, selfies and videos of her. Via her previous post, which was a photo, the actor welcomed March as it is her birthday month as well.

On the professional front, Vrinda is best known for her portrayal of Taani Shekhawat opposite Kunwar Amar Singh in the popular dance-based show. She has played titular characters in the popular crime-show CID. Later, in 2015, she was featured in a rom-com show Love By Chance.  The 30-year-old actor tied the knot with her longtime beau Bhavin back in December 2016. Bhavin is a businessman by profession. They exchanged rings a year before taking marriage vows.