Divyanka Tripathi recently posted a throwback picture on her social media. However, her husband Vivek Dahiya could not help but flirt with his wife. Check out.

Television actor Divyanka Tripathi had announced her engagement with Vivek Dahiya in 2016. The Ye Hai Mohabbatein actors have been married for almost four years now and there is still no dearth of love in their eyes. They never leave a chance to showcase their love to fans and no one is complaining either.

Recently, Divyanka Tripathi took to social media to share a throwback picture. The pictures were from her shooting days for ALT Balaji’s Coldd Lassi Aur Chicken Masala. The pictures had her dressed in her Chef Nitya uniform. She captioned the picture as “Found this student on my phone from culinary college of Bhopal”.

As soon as Divyanka Tripathi uploaded this picture, many people poured in their comments. One comment that stood out from the rest was from none other than her husband, Vivek Dahiya. He tried his hand and flirting with his wife by asking her for her number. He even called Divyanka a “cutie pie”.

A post shared by Divyanka Tripathi Dahiya (@divyankatripathidahiya) on Jan 19, 2020 at 5:17am PST 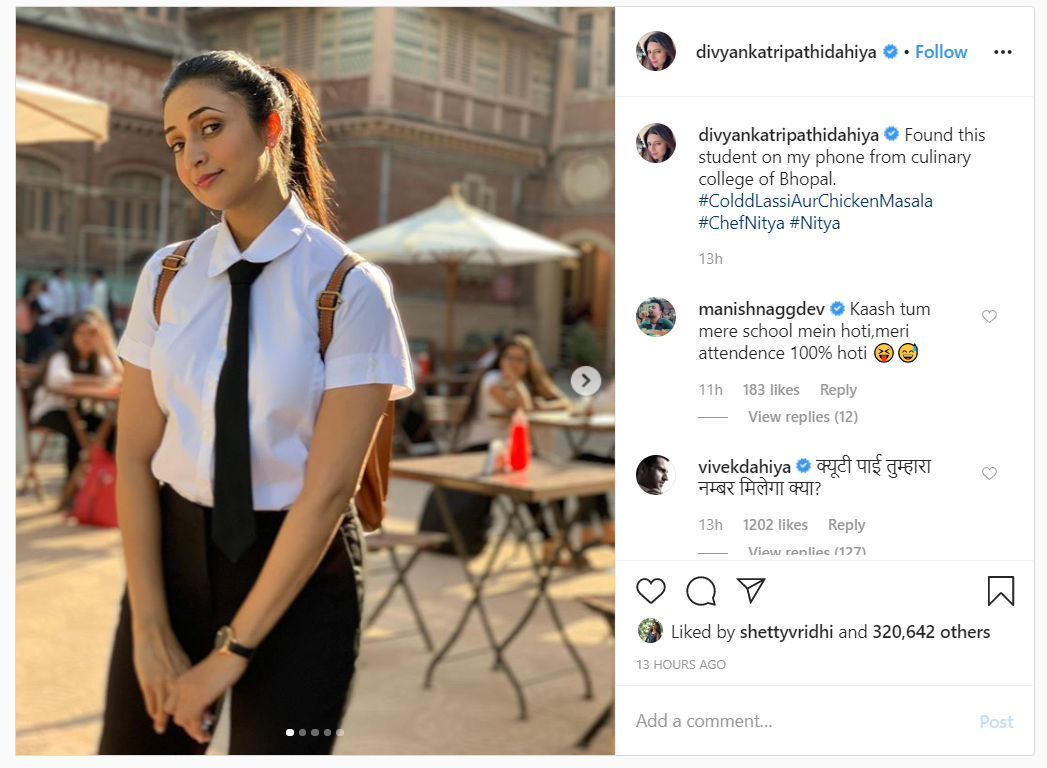 Coldd Lassi Aur Chicken Masala starred Rajeev Khandelwal along with Divyanka Tripathi. The first season of the show premiered in September 2019. The show was widely loved by the audience. The show traced the story of two ex-lovers who come together after almost eight years.

Divyanka Tripathi had revealed in an earlier interview that a mutual friend introduced her to now-husband, Vivek Dahiya. She also said that they did not have a courtship period in the relationship as they wanted marriage. After being engaged for almost five months, the couple tied the knot in July 2016 in a close-knit affair in Bhopal. Since then, we have been getting glimpses of their fairy-tale love story through their social media.