Ekta Kapoor recently removed all her rings and bracelets. The actor shared a video showing off her hands and here's how her fans and friends reacted to the same

Ekta Kapoor recently made news when she took up the hand wash challenge wearing her rings. Ekta Kapoor's rings created a major buzz as fans advised her to remove her jewellery before washing her hands. Amid lockdown, Ekta gave her fans a surprise as she shared a video showing off her hands without rings. As soon as the filmmaker shared the video, her fans and celebrity friends flooded her Instagram comment section with 'surprised' reactions to it.

Ekta Kapoor shared a video on her Instagram handle where she was seen showing off her hands as there were no rings on her fingers. In this video, Ekta Kapoor’s rings are missing as she shows off her bare hands. Take a look.

As soon as she posted the clip, there were many of her celebrity friends who couldn’t believe that Ekta Kapoor’s rings are finally gone. Celebrities like Karishma Tanna, Shamita Shetty, Karisma Kapoor, and many others commented on the post. Karishma Tanna and Hina Khan had the same reactions as they were surprised to see the video and went on to ask why she did this. While on the other hand, Shamita Shetty and Karisma Kapoor appreciated her as they commented, “wow”. When one of her friends Harneet Singh asked her after how many years she is ring free, the producer went on to make an interesting revelation by saying that she started wearing rings in 2003. 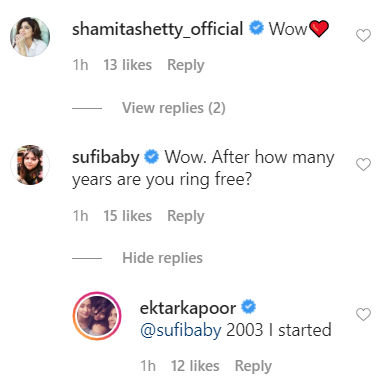 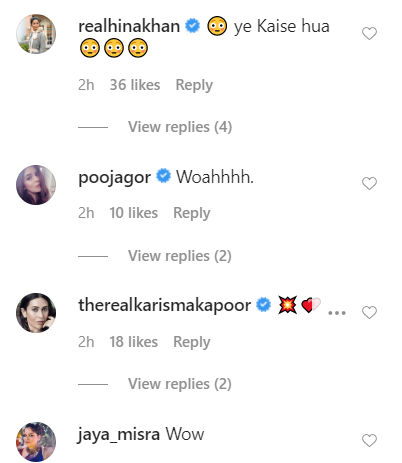 Ekta Kapoor’s fans went gaga after seeing the video. Some asked her the reason besides it while some called it ‘quarantine effect’. Some vent went on to forget about her hands and commented on how cute she looked even without makeup. One of the fans was in major shock as he commented, "Oh noðŸ˜± ðŸ˜±ðŸ˜± this is another Historic moment in 2020 apart from the Pandemic, Trade wars, Crude Oil prices!!". 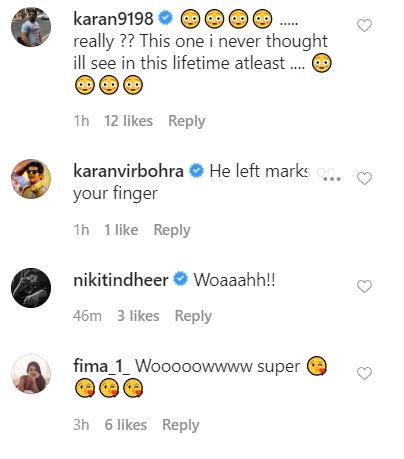 Also Read| With over 100 serials under her belt; here's a look at Ekta Kapoor's staggering Net Worth 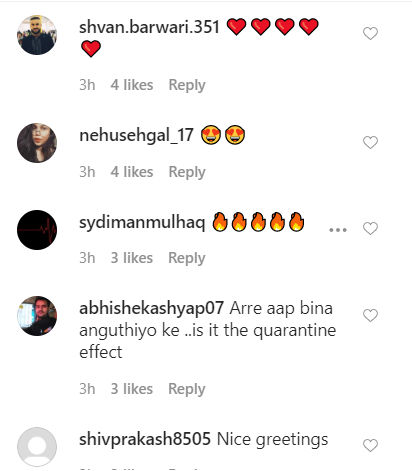 PEOPLE HAVE PLEDGED SO FAR
LATEST NEWS
View all
2 hours ago
KBC Junior winner Ravi Mohan Saini who won ₹1 Cr at the age of 14 is now SP of Porbandar
8 hours ago
Preksha Mehta suicide: Late actor's dad says 'She was restless due to lack of work'
3 hours ago
Ekta Kapoor opens up about the end of 'Naagin 4' and called the season 'mediocre'; WATCH
10 hours ago
Hina Khan swears by this mantra for sweating it out in the gym
6 hours ago
When Nia Sharma enacted Salman Khan’s popular dialogue from 'Dabangg 2'; watch