Erica Fernandes Hails Urvashi Dholakia, Says 'You Have Made Komolika Who Komolika Was'

Erica Fernandes and Urvashi Dholakia teamed up for a YouTube video, in which the 'KZK' stars are seen sharing fun anecdotes about each other's life. Read on

Erica Fernandes plays the lead role of Prerna in Kasautii Zindagii Kay. Whereas, Urvashi Dholakia is widely known for her ferocious role as Komolika in the first season of the daily soap. The two stars have collaborated for a fun YouTube video that will soon be unveiled online. However, while sharing a glimpse of the same, here's what Erica revealed about Urvashi.

On Monday night, Erica Fernandes took to her Instagram to share a few glimpses of her upcoming video with Urvashi Dholakia. In the visuals, the duo can be seen asking fun questions to each other. The Kuch Rang Pyaar Ke Aise Bhi actor and Dholakia are seen playing the 'Never have I ever' game. The Chandrakanta actor questions Erica if she has ever regifted a gift that was given to her, to which the latter said 'we often do that'.

In the next part of the video, Erica Ferandnes talks about Urvashi Dholakia's character as Komolika in Kasautii Zindagii Ki. Erica praises Urvashi's role and tells her- 'You have made Komolika who Komolika was.' After that Urvashi also asks Fernandes if she has ever lied to her parents. And then, the blogger-actor says that she has. Erica then funnily turns around to check if someone in the house heard her or no. 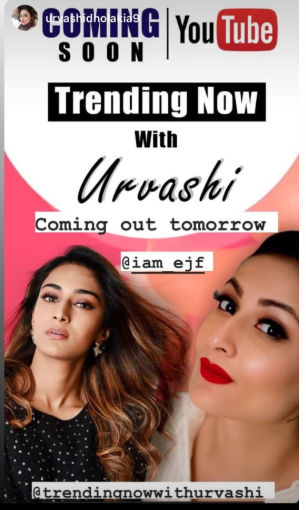 For the unversed, Urvashi Dholakia is widely admired for her impeccable acting skills and signature Komolika dialogues that still remain fresh in the hearts of fans. Taking over the legacy, Hina Khan played the role of Komolika in Kasautii Zindagii Kay initially. Later on, she made an exit from the show, as she began preparing for her debut film in Bollywood. And now, actor Aamna Shariff plays the role of Komolika in the same. The serial has been doing stupendously well with the audience. 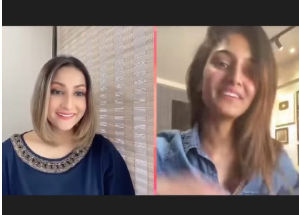 Even though the shooting of Kasautii Zindagii Kay has been stalled due to the Coronavirus outbreak in the country, fans are actively sharing what they feel about the current track of the show. Erica Fernandes and Parth Samthaan play the roles of Prerna and Anurag respectively. However, the duo are now enemies on screen, as Prerna has got hitched to Mr Bajaj and Anurag has tied the knot with Komolika.