Golden Globes 2021: Sia's film 'Music' earned two nominations but that didn't stop Tina and Amy from slamming the movie for it's casting controversy. 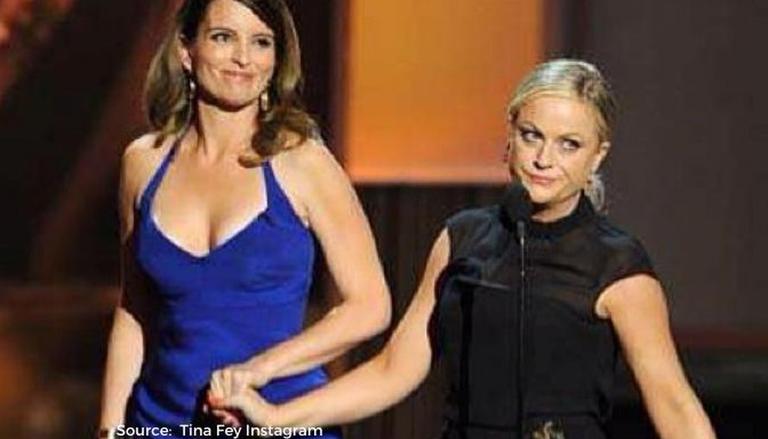 Ever since the nominations for the Golden Globes 2021 were announced, there have been a lot of controversies regarding the list of nominees. The hosts of the show Tina Fey and Amy Poehler also had the same thoughts when it came to the nomination list of the Golden Globes 2021 and did not hold back to share their thoughts on the same especially when it came to Sia's directorial debut film Music.

Also Read: Golden Globes 2021: Everything You Need To Know About The Event

Sia's Music has been creating casting controversies ever since the trailer was released. The Twitterati felt that the movie has the most ridiculous casting as it shows Kate Hudon play the role of a weight watcher's spokesperson and Maddie Ziegler playing a teenager who has autism. Following the controversies, the director of the film Sia apologized to the viewers after facing severe backlash over a scene in which Maddie is restrained in a way that can be dangerous when it comes to autistic people.

Sia had tweeted that she will be editing the movie before it's release and will also add a statement before the beginning of the film. The tweets are now deleted according to People Magazine. Kate Hudson also reacted to the criticism and said that the film was made with love with no intentions to harm or hurt anyone's sentiments and she feels terrible after listening to what the viewers actually felt. However, even after all this criticism, the movie managed to bag two nominations - Best Motion Film and Kate Hudson for Best Actress.

Tina and Amy also had the same thought when it came to Music and called the movie a "Floparooni." Tina said, "Sia's controversial film music is nominated for best international floparooni. I don't want to get into it guys but it's really problematic and Twitter is saying it's the most offensive casting since Kate Hudson was the weight watcher's spokesperson."

The movie is a musical drama that features Kate Hudson as 'Zu' who was a former drug dealer but has recently turned sober. She suddenly becomes the sole guardian of her younger sister 'Music' played by Maddie Ziegler who is diagnosed with autism and is always listening to music wearing large headphones so as to curb the voices that are talking in her head. Watch the trailer of Music right here:

WE RECOMMEND
Golden Globes 2021 preshow to be live-streamed on Twitter; know date and time
Golden Globes 2021: Sacha Baron Cohen ties record for most nominations in single year
Jon Hamm and Tina Fey to star in John Slattery's Maggie Moore(s); read details
Golden Globes 2021: Everything you need to know about the event
Tina Fey & Amy Poehler to host the 78th Golden Globe Awards from separate locations
Listen to the latest songs, only on JioSaavn.com