Hina Khan Cuts A Rug To Register Her Entry In The 'silhouette Challenge'; Watch

Popular actor Hina Khan joined the bandwagon and shared a video to register her entry for a viral trend, the silhouette challenge, on Thursday. Watch.

Popular Indian actor Hina Khan joined the bandwagon and participated in a viral silhouette challenge. On Thursday, the actor shared the video on the Reel section of her Instagram account. In the video, she can be seen cutting a rug. As per the challenge, she first danced on the sound of Paul Anka's Put Your Head on My Shoulder.

As the video progresses further, the mashup of the sound with Doja Cat’s Streets played and the screen changed. For the first bit of the challenge, the actor wore an oversized white-shirt teamed with a long-denim shirt. Meanwhile, for the second bit, she sported a sports bra along with short yoga pants. Keeping her post captionless, the 33-year-old actor added a few hashtags associated with the challenge. Here's the video.

Within a couple of hours, the Reel-video managed to bag more than 400k double-taps; and is still counting. The post received over 4k comments; fire, red-heart and heart-eye emoticons, among many others, were a common sight. While actor Adah Khan dropped a couple of fire emojis, actors Manvi Gagroo and Mahima Chaudhry called it "Damn". On the other hand, a fan wrote, "Absolutely Gorgeous & Magical video" while an Instagram user added, "police plz arrest her..coz she is stealing hearts of many guys". 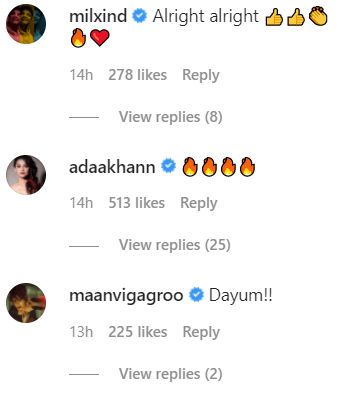 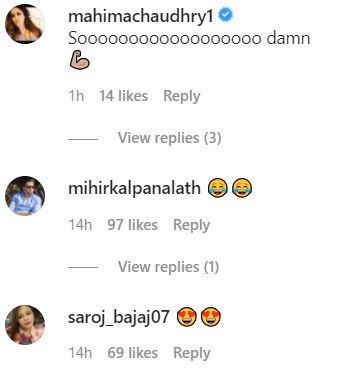 Interestingly, the Yeh Rishta Kya Kehlata Hai actor is an avid social media user. She keeps her fans and followers posted with her whereabouts. The media feed of Khan includes her photoshoot, project promotions and family pictures, among many others. On Thursday, she shared a bunch of self-portraits, in which she was seen flaunting her traditional avatar in a purple-colour lehenga.

What is silhouette challenge?

The trend started, presumably, as a form of empowerment, a way for people to feel good about their bodies. The challenge involves the participant to pose in a doorway in a way that the camera takes only a black silhouette. And, the black silhouette has to be against a red background.