Television actor Hina Khan has had been trolled for her relationships. Recently, Hina Khan thanked her boyfriend Rocky Jaiswal for being so sorted. Hina Khan shared a quote on her Instagram account and in the caption, she thanked Rocky Jaiswal that he never paid attention to such rumours.

On May 7, Hina Khan took to her Instagram story to share a quote that reads "Gossip dies when it hits a wise person's ears". Yeh Rishta Kya Kehlata Hai actor Hina Khan tagged her boyfriend Rocky Jaiswal in her story and thanked him for always giving her another perspective of everything that is happening around them. The actor also mentioned that Rocky Jaiswal is so sorted and she loves that about him. Hina Khan in the caption wrote, "Thank you for always giving me another perspective of everything happening around us. You are so sorted and I love this about you.”

Here is a look at Hina Khan's Instagram story 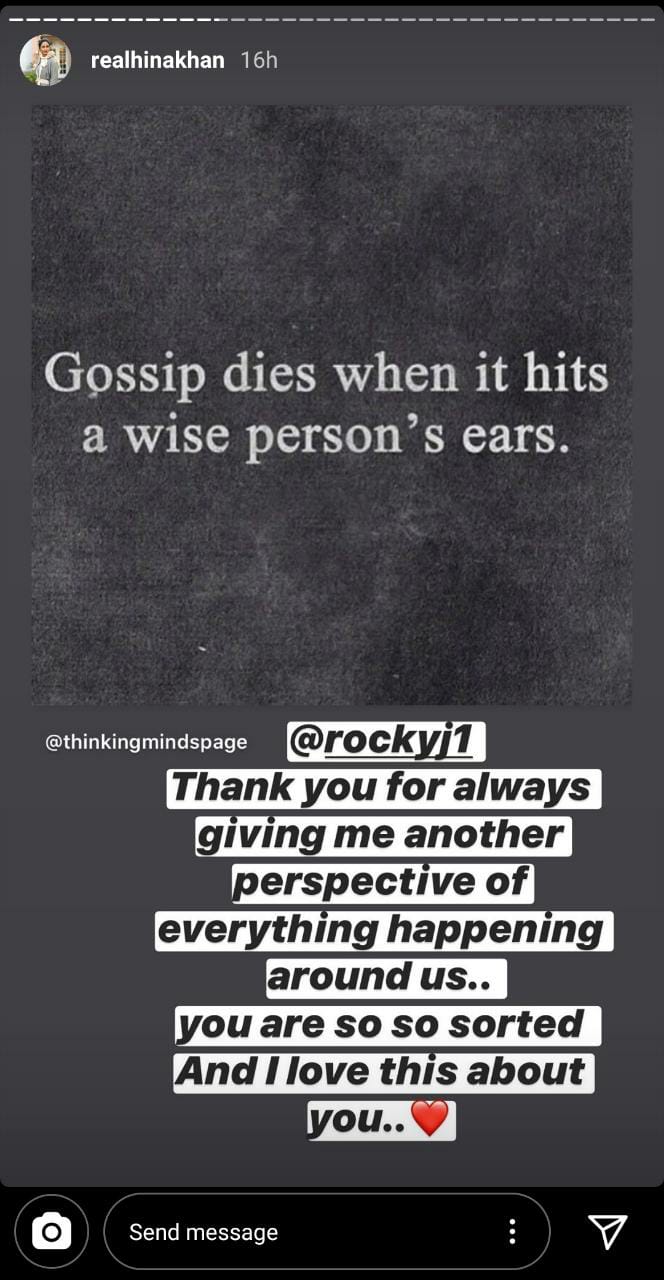 With the entire nation being under the lockdown, Hina Khan and Rocky Jaiswal are quarantining at their respective homes. In spite of the distance, the love between the couple is growing stronger and their social media account is proof of the same. Some time back, Rocky Jaiswal even penned some lines for Hina Khan. Rocky Jaiswal posted it on his Instagram story with Hina Khan's picture in the background. It reads "The flow of time has made our foundation so strong. No matter how far apart the floors are, we’re like a tall building. We’ll always be connected. We’ll always be together!”. 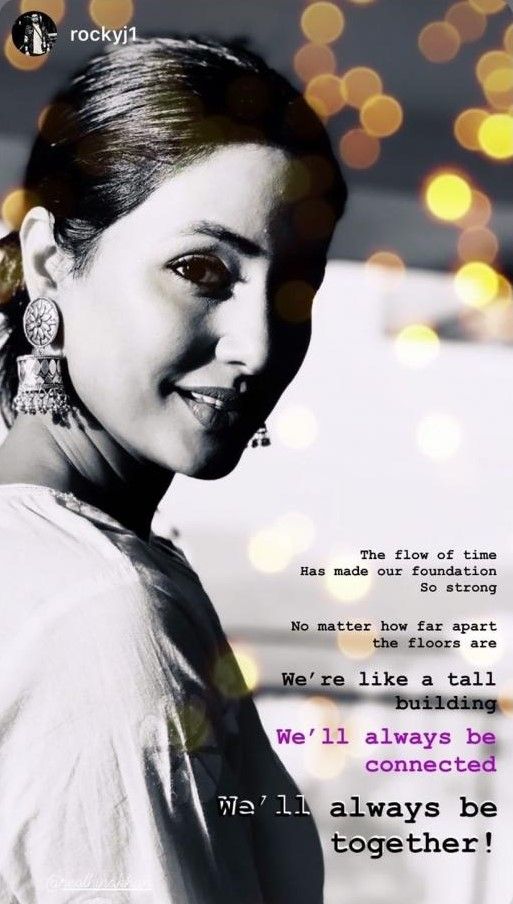 Also Read: Hina Khan Gives Sneak Peek Into How Ramzan 'iftaar' Looks Like In Her House