Jay Bhanushali & Baby Tara Feature In A Fun Video, Fans Say 'her Cuteness Is Killing It'

Amid the coronavirus lockdown, the shoot of several shows and films has halted, the actors are spending time with their families. The actors have been encouraging their fans to stay at home during this crisis and make the most out of the quarantine period. Many television actors have taken it upon themselves to keep their fans entertained. These days Jay Bhaushali is spending time with his wife Mahhi Vij and daughter Tara Bhanushali. Recently, Jay Bhanushali shared an adorable Tiktok video featuring his daughter Tara Bhanushali.

On May 12, Jay Bhanushali took to his Instagram account to post a TikTok video that features his cute daughter Tara Bhanushali. In the video, the actor is lip-syncing to Sunil Grover's character of Dr Mashoor Gulati from The Kapil Sharma Show. In the caption of the video, Jay Bhanushali revealed that he laughed a lot while making the video. Jay Bhanushali captioned the video saying "Tumhare Baap ka business hain!!!! @whosunilgrover laughed so much while making this video @indiatiktok @tiktok #tiktokindia #tiktokfunny #funnyvideo #lockdown #tiktok #ypf".

Here is a look at the video that Jay Bhanushali posted

The video immediately captured everyone's attention. Several fans flooded the comments section of the video. Not just the fans but also actor Charlie Chauhan commented on the video saying "aiiiiiiiii sooooo cute ðŸ˜‚ðŸ˜‚ðŸ˜˜ðŸ˜˜ðŸ˜˜". Here is a look at some of the comments. 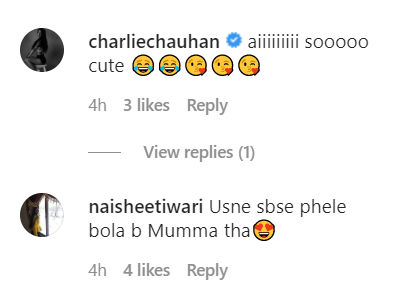 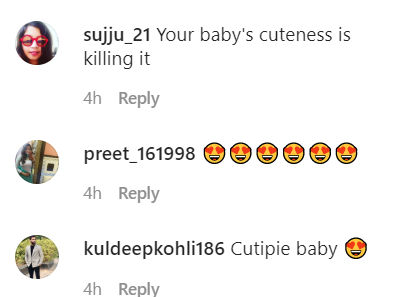 These days Jay Bhanushali has been making a lot of hilarious TikTok videos with his family. In another video, Jay Bhanushali is mimicking Nana Patekar's dialogue. The video features his daughter Tara. Jay Bhanushali captioned the video as "I am telling her its lockdown you cant go to garden and look at her reaction she is laughing ðŸ˜‚". Here is a look at some of his videos.