Kapil Sharma shared pictures from sets of 'The Kapil Sharma Show' and quizzed fans to guess the new guest. Many gushed to say it's Akshay Kumar. Read on

Kapil Sharma's super popular The Kapil Sharma Show has kept the audience hooked to it ever since its inception. Kapil brings in a new slew of celebrities every week and cracks hilarious jokes about them. The show is mainly doing great with the audience as many who come to grace the show also get the opportunity to interact with their favourite stars. On Tuesday morning, Kapil Sharma took to his Instagram and shared a picture of his early morning shoot, asking fans to guess who is the next star on the show.

As per reports, the shooting of The Kapil Sharma Show usually takes place in the evenings or at night. However, according to Kapil Sharma's recent Instagram update, the team has begun shooting at 7 am in the morning. In the caption, Kapil tweaks fans as to think who is coming. Interestingly, not only fans but also Bollywood celebrities gushed to think its Akshay Kumar.

Fans in huge numbers cascaded to say its Akshay Kumar. Some also said its the entire Sooryavanshi team that will grace the show for the weekend episode. Bollywood celebrity Esha Gupta also guessed its Sooryavanshi. Kapil Sharma in no time replied to her comment saying, 'bilkul sahi devi ji'. Check out the comments here. 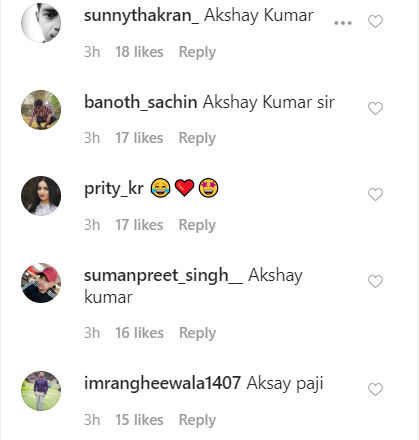 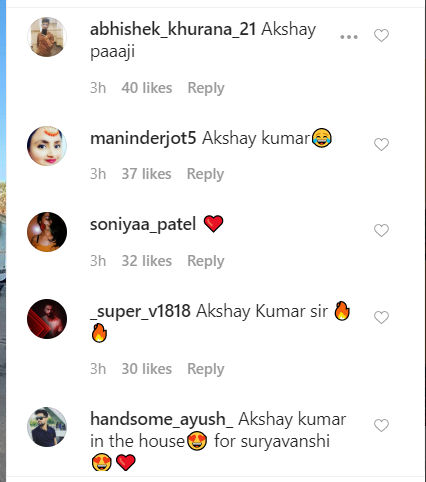 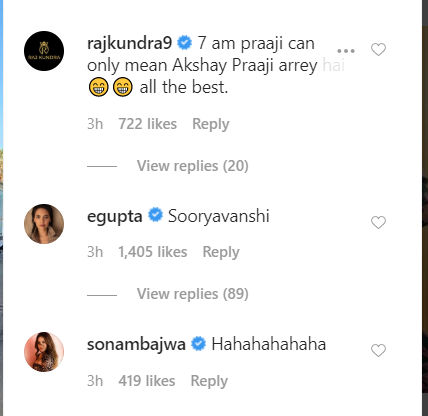 Akshay Kumar is one such celebrity in Bollywood who believes in strict schedules and morning shoots. The actor has revealed in many interivews that he is very punctual about his timings and does not let anything come in the way. Riteish Deshmukh had also hilariously taken a dig on Akshay Kumar during Housefull 4 promotions saying that the Sooryavanshi actor's sleeping and eating patterns had changed everyone's schedules.

Meanwhile, the official trailer of Sooryavashi featuring Akshay Kumar, Katrina Kaif, Ranveer Singh and Ajay Devgn released on March 3, setting the internet on fire. The visual has hit 42M views within 23 hours of its release. Check out the trailer here.