Karanvir Bohra Says, 'some Exciting News' In His Latest Post From The Sets Of 'Kutubminar'

Karanvir Bohra revealed that he has some exciting news to share with his fans as he poses from the sets of 'Kutubminar'. Read ahead to know

Karanvir Bohra in a recent Instagram post revealed that he has some exciting news to share with regards to his upcoming project. The actor was seen standing holding a clap in hand on the sets of Kutubminar. Fans seemed delighted with the post and shared their excitement in the comments section expressing how eager they are to know the news he has to share.

Karanvir Bohra says "Some exciting news" in the latest post

Karanvir Bohra's Instagram picture saw the actor posing in a white shirt. He held a clap in hand from the sets of his upcoming project Kutubminar. The actor posed for the camera and captioned the image mentioning that he has some exciting news to share with fans. He later added the hashtag coming soon and tagged the cast and crew of the film. The actor has been working on the project for quite some time now and thus one could imply that the makers may soon release the trailer of the film. Fans expressed their excitement in the comments section sending out hearts and wishing Karanvir the best for the upcoming project. They also shared how eagerly they are awaiting the release of the film in the comments section. 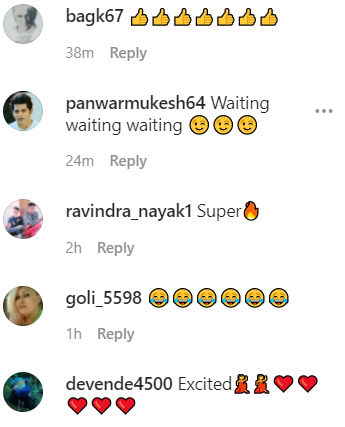 The film Kutubminar is based on the concept of macrophallus. It is a medical condition where the patient suffers from an unnaturally large reproductive organ. Karanvir Bohra will be playing the lead in the film. According to reports from IWM Buzz, Karanvir said that while the premise is about macrophallus, it mainly focusses on a father-son relationship. Sanjay Mishra will be seen playing the role of the father in this film and Karanvir was all praise for the veteran star. Karanvir in the interview mentioned that he feels blessed to be working with Sanjay Mishra and that he admires how he takes care of every actor on set. The release date of the film has not been announced by the makers yet.