Karanvir Bohra is missing his wife Teejay Sidhu as he says in his recent Instagram post. He shared a Boomerang video with her. Take a look at the post.

TV actor Karanvir Bohra is missing his wife Teejay Sidhu as he says in his recent Instagram post. The actor uploaded a cute boomerang video with his wife, as he confessed to missing her in the caption. As per Teejay’s Instagram feed, Bohra is in India, while his wife and twin daughters are in Canada. Take a look at the post.

Karanvir Bohra took to his Instagram yesterday on November 18, 2020, as he uploaded a Boomerang with Teejay, wherein he gave her a flying kiss and the latter blushed. The caption along with his picture said, “I miss kissing you, I miss hugging you, I miss talking to you, I miss seeing you, I miss you'', which he followed with a red heart emoji and tagged her, @bombaysunshine. Have a look at what the fans have to say. 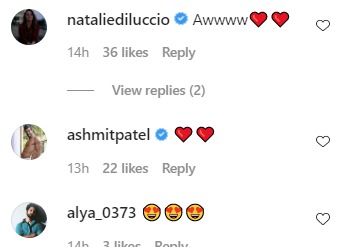 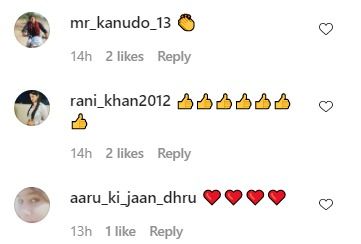 Karanvir took to his Instagram, on November 16, 2020, where he shared that he missed his daughters Bella & Vienna and wife, Teejay. The picture sees the 4 of them posing for the camera and is part of a photoshoot. For the caption, he wrote “Missing my lovelies” and tagged Teejay and his daughters.

Teejay Sidhu replied to this post with a picture of her and both her daughter on her Instagram. She wrote in the caption, “We all are missing you, too... come fast! â¤ï¸â¤ï¸â¤ï¸ @karanvirbohra They need their Dad here. ðŸ˜Š”. Karanvir commented on the post saying ‘Sweety’ followed by a red heart.

Also Read: Karanvir Bohra Says, 'some Exciting News' In His Latest Post From The Sets Of 'Kutubminar'

On the work front, Bohra is set to appear in the movie Kutub Minar, which he recently announced that it is set to release soon. Recently the couple had also announced the launch of their clothing label called ‘B Label’. The actor took to his Instagram, as he announced the launch, and wrote in his caption, “B LABEL x KLASSIC T. We are thrilled to announce the launch of our collaborative collection ALIVE with Klassic T @karanvirbohra @bombaysunshine @twinbabydiaries @klassict22 @blabelindia. The entire collection has been designed by @bombaysunshine and me and we’re super excited to get it across to you!”